Adjustable-Rate Mortgages to Ring in a New Wave of Foreclosures, Expert Says
0 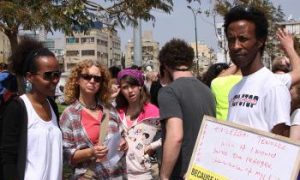 Foreigners in a Foreign Land—Refugees in Israel
0
US

[xtypo_dropcap]A[/xtypo_dropcap] 340-year-old Bible was discovered in a Wisconsin church last week, according to local reports.

At the St. Paul Lutheran Church in Bonduel, Wisc., the Bible was discovered after being tucked away in a kitchen pantry that was rarely used and had stored away old books and texts for decades, WSAW Channel 7 reported. The book was stashed away in a safe in the pantry.

"We don't know how we got it. We don't know how it got into the safe. We've been asking some of our elderly folks and people in the nursing home and nobody seems to remember," Rev. Timothy Shoup from St. Paul Lutheran Church told the news station.

Last year, a teacher came across the Bible and showed it to Shoup. The reverend added up the Bible's Roman numerals to 1670, but he thought that he must have miscalculated.

The hand-pressed Bible is not from the United States but was printed in Nuremberg, Germany.

According to WFRV Channel 5, the Bible is still in excellent condition despite its age. The church will take special measures to preserve it even better for the future.

"It's amazing," Rev. Shoup told Channel 5. "I mean the pages are crisp. It's not like stuff is falling all apart. A couple of the pages are loose, but it's in nice condition."

The book does not only feature text but also detailed illustrations.

"Each time I see an illustration like this, I just think of how beautiful it looks and how much of a labor of love it must have been for the person who actually drew it," Lyle Buettner, a worker with the Special Collections at Concordia Seminary Library, told Fox Channel 11.