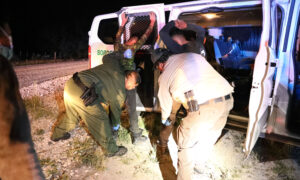 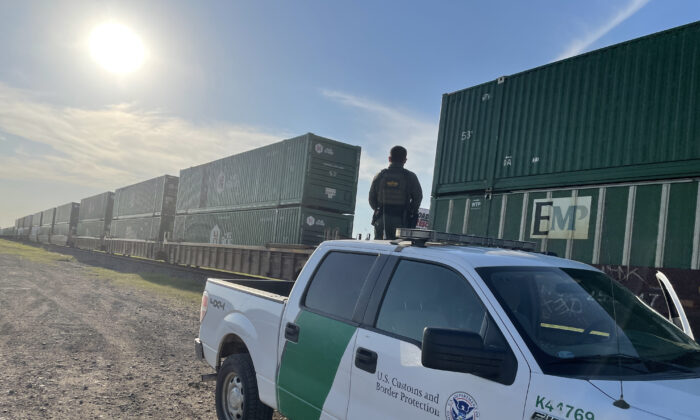 3,390 Illegal Aliens Caught on Trains in Uvalde, Texas; Up From 372 Last Year

UVALDE, Texas—On a single eastbound train line stretching from the border town of Eagle Pass to San Antonio, Texas, Border Patrol agents are dealing with a 911 percent jump in illegal alien apprehensions, according to Customs and Border Protection (CBP).

On that line, Border Patrol stops trains as they near Uvalde, Texas, about 60 miles from the U.S.–Mexico border.

Border Patrol agents have apprehended 3,390 illegal immigrants on the trains they’ve stopped for inspection near Uvalde so far this fiscal year (since Oct. 1, 2020), according to CBP data released on June 23.

During the same period in fiscal 2020, agents arrested 372 illegal aliens.

“They are found hiding in many dangerous storage areas to avoid detection, putting their lives at risk. With the increase in temperatures during the summer months, this mode of transportation could turn deadly.”

BORDER THREAD: Border Patrol stops train near Uvalde that are coming from Mexico via border town Eagle Pass in Texas.

Many are found in dark, sweltering grain hopper compartments.

The illegal aliens in the empty grain hoppers generally can’t get out unless someone on the outside of the train cranks open the bottom plate. They get in by cutting the locking wire on the lid, dropping in, and closing the lid.

Others hide wherever they think they can avoid detection. As the train grinds to a halt in Uvalde, it’s common to see a stream of illegal aliens jump off the train and haphazardly run across the road into the brush, or down a street to disappear into a neighborhood.

On June 21, from the four trains stopped by Border Patrol in a five-hour window, agents apprehended at least 43 illegal aliens. Several more got away. All but two were male, and aside from a few Hondurans, most were from Mexico. Several carried knives. Agents were observed checking for gang tattoos on the apprehended individuals.

“The increase in the number of illegal immigrants that are going through Uvalde on trains has become a serious problem for Border Patrol, local law enforcement, and our community, as most of these individuals have criminal records or gang affiliation and wouldn’t be allowed in our country,” Uvalde Mayor Don McLaughlin told The Epoch Times on June 23.

“They are more aggressive, have assaulted law enforcement, and pose a greater threat to our community. It’s just a matter of time before someone is hurt or there is a loss of life. It’s truly so sad that our federally elected politicians don’t care.”

The number of illegal border crossings has been rising steadily since last October and surged in February after President Joe Biden took office.

In May, CBP apprehended 180,034 individuals illegally entering the United States, the highest number in a single month in 21 years.

In the same month, at least 51,000 illegal aliens evaded apprehension after being detected by Border Patrol, according to numbers obtained by The Epoch Times.

Union Pacific Railroad spokesperson Robynn Tysver told The Epoch Times that the company is “taking the issue at Eagle Pass seriously and have assigned extra special agents at the border.”

Tysver said local law enforcement departments have shared jurisdiction with Union Pacific and can charge the illegal immigrants found on the trains with trespassing and/or applicable crimes.

However, Union Pacific itself doesn’t charge aliens with trespassing.

“People who are illegally found on our property are taken into custody by the Border Patrol. We do not cite them for trespassing on top of the federal charges or deportation they already face,” Tysver said via email.