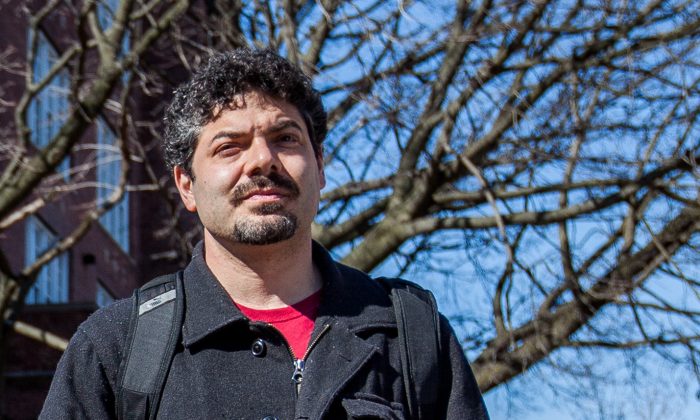 NEW YORK—Last week was quite different for Lila, 9, compared to most children her age in New York. She didn’t take the English language arts test administered to more than a million students across the state

Her father, Danny Katch, plans to opt Lila out of the upcoming math test too. He disagrees with how test scores are used for important decisions about students, teachers, and schools.

Annual standardized tests are required at all public schools starting in third grade. With introduction of the Common Core, a set of standards aimed at improving college and career readiness, the tests became harder and drew criticism from parents.

The opt-out movement is nothing new. Last year, several hundred students opted out from standardized tests in New York City and several thousand in the state. But a question mark remained over the scope of the movement, since both the city and the state did not disclose the exact numbers.

This year more than 33,000 students opted out of the test, according to a survey released Sunday by the New York State Allies for Public Education, a group of parents and education advocates promoting opt outs.

The group acknowledged numbers were estimated for some districts and missing from others. The 33,000 figure is much higher than initial estimates. The headcount will probably rise as the missing pieces come in.

“This is by no means a comprehensive, complete number for New York City. I know that for a fact,” said Leonie Haimson of Class Size Matters, one of the advocacy organizations supporting the opt outs.

The survey only includes six New York City school districts with a total count of 365 students opting out. Change the Stakes, a group of parents and educators, has confirmed more than 900 students who opted out of the test in the city.

According to the state survey, most schools do not stand in the way of opt outs. Still, at 2 percent of schools, parents or students were pressured not to opt out. Another 20 percent did not allow students who opted out to participate in an alternative activity, such as reading. Children had to sit quietly and do nothing.

Some schools where a majority of students refused the tests have not been penalized.

The city’s Schools Chancellor Carmen Fariña instructed schools to respect parents’ decisions regarding opting out. She also said that schools should inform parents that children with no scores can have trouble applying to some schools. That may be very rare, because schools usually have alternative options for students transferring from private schools or from out of state, who also lack test scores.

Danny Katch had no problem opting out at P.S. 69. “The school has supported our decision,” he said.

The opt-out movement took a while to be recognized, but it may have hit the soft spot of the system. Last week state legislators decided standardized test scores won’t be allowed as the primary factor in middle school admission or grade-promotion decisions. Test results also won’t stay on middle school students’ permanent records.