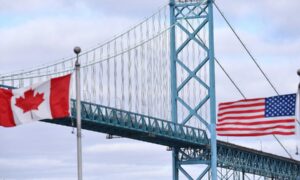 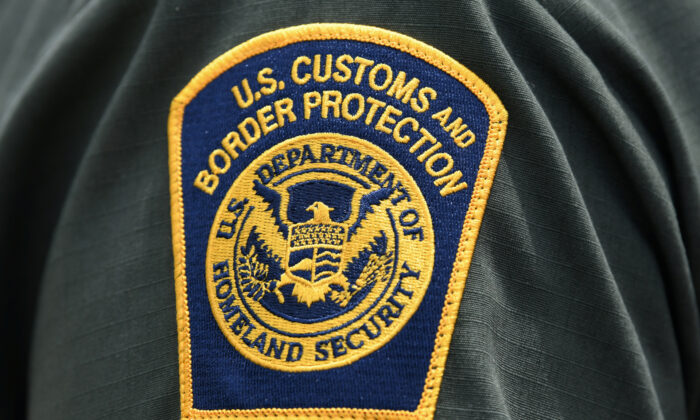 A U.S. Customs and Border Protection patch is seen on the arm of a U.S. Border Patrol agent in Mission, Texas, on July 1, 2019. (Loren Elliott/Reuters)
Human Trafficking

Border Patrol agents in Van Horn, Texas, found 33 illegal immigrants locked inside a U-Haul box truck amid a strong heatwave that has hit a large part of the nation.

Authorities were alerted to a possible human smuggling operation at around 10 p.m. on June 10, 2021. They were informed about suspicious activity happening near a Mcdonald’s restaurant and approached two vehicles. Upon checking the U-Haul, the agents found 33 people that were close to death due to the heat and lack of air.

The temperature was about 100 degrees around the time.

Over the next hour, 12 of the illegal immigrants were taken to regional hospitals after the medical technicians determined they needed special treatment. The rest were treated for dehydration symptoms on site.

“Had our heroic agents not been able to free these trapped undocumented migrants, we could have seen 33 miserable deaths in this event,” stated Big Bend Sector Chief Patrol Agent Sean McGoffin. “Smugglers do not care what type of misery they put people through as they take their money.”

In a similar case, agents arrested 27 illegal immigrants found inside a U-Haul in Laredo, Texas, on June 13. The temperature inside the truck was 106 degrees.