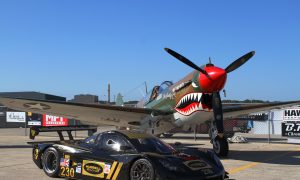 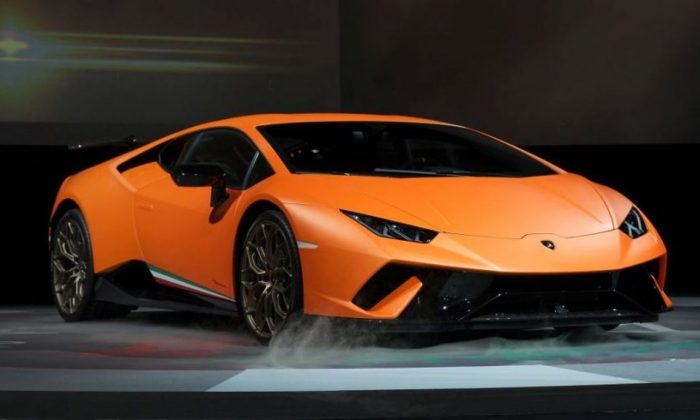 A purple Lamborghini Huracan worth about $350,000 was spotted in a ditch in the United Kingdom.

The car was located a short distance from Tottenham Hotspur’s training ground in Enfield, England, reported the Daily Mail on March 1.

It reported that the Huracan is owned by Michael Hudson, who owns cryptocurrency firm Bitstocks.

“Well we had an eventful morning, this guy is an absolute legend!” he said, reported the Mail. “Nothing but love and respect for you brother, thank you for the help.”

Hudson then wrote that he appreciates “all those that called and messaged.”

Photographs of the expensive car abandoned in the ditch soon went viral on social media.

“I’m totally fine, car damage isn’t too bad either. May post a video on it later today. Thanks again,” he said.

Charalambous, according to the Mail, came to the rescue to recover the damaged supercar.

“He just slipped on some water and swerved to avoid a lamp post. It was better to hit the ditch than the lamp post,” he told the publication.

The cryptocurrency boss, Charalambous added, wasn’t injured, and there were no other cars involved in the incident.

“He was the only one in the car and had to climb across the seats to get out. He lives near by so he just walked home,” he said.

Parking really is getting worse round here. https://t.co/Y0mC0KFemZ

“When I spoke to him this morning he said he just wanted to deal with it in the morning so I rang my recovery people,” he added. “We shut the road off and pulled the car out the ditch.”

Although the damage isn’t extensive, Charalambous noted that it’s an expensive Lamborghini and is “the one with that color.”

“He had it specifically painted with the color SE30 viola,” he added. “I told him this will go viral so we filmed it. We wanted to make a good thing out of a bad situation.”

The car was seen by lighting cameraman Andrew Laurence, who captured photos of it.

“We don’t see many purple Lamborghini’s around here but there are a lot of footballers because it’s close to Spurs’ training ground,” he said.

He added that he has “no idea how the driver got out; it was sideways in the ditch.”

Earlier in the week, a Lamborghini Gallardo burst into flames in Birmingham.

He watched helplessly as his 'pride and joy' went up in smoke. 😱

“The next thing we heard was a loud bang and the car caught on fire,” owner Lak Sira said, according to the Birmingham Mail. “If I didn’t get out the car a few moments later it could have been a different story,” he said.

“We nearly died, if I didn’t pull over when I did I dread to think what happened,” he said, according to the Daily Mail. “It was very frightening and my girlfriend is scared to get in any car with me now.”

Sira said he is a self-made businessman who established his own online trading company at age 20.

“I just had to watch helplessly as the car, which I had worked so hard to buy went up in smoke,” he said. “I am meeting with my solicitor to see whether to take legal action as I can’t believe it’s a coincidence that I’d only just had the car back from the garage.”