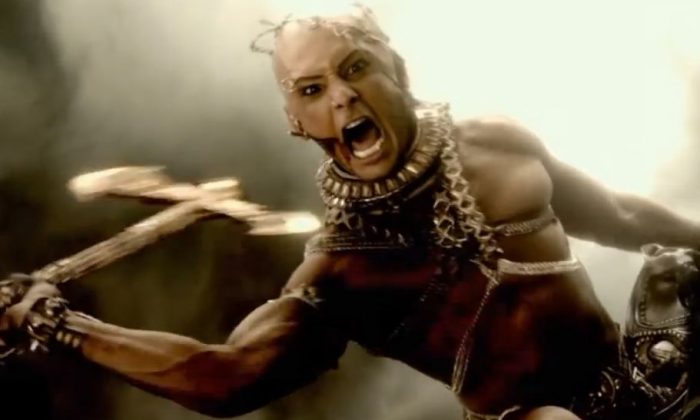 The poster shows a Greek warrior with a blood-stained sword going in for an attack.

“After its victory over Leonidas’ 300, the Persian Army under the command of Xerxes marches south towards the major Greek city-states. The Democratic city of Athens, first on the path of Xerxes’ army, bases its strength on its fleet, led by admiral Themistocles. Themistocles is forced to an unwilling alliance with the traditional rival of Athens, oligarchic Sparta whose might lies with its superior infantry troops. But Xerxes still reigns supreme in numbers over sea and land,” reads the IMDB synopsis of the film.

There were commercials for the film during the AFC and NFC championship games Sunday.

The Tide of War Rises! See the new #300movie: Rise of an Empire TV spot this Sunday during NFL championship games. pic.twitter.com/yrvwBp8sum

Check out the official #300movie: Rise of an Empire poster & play the Tide of Blood game now: http://t.co/HN4jvrIJk4 pic.twitter.com/xCwYbeo2x4