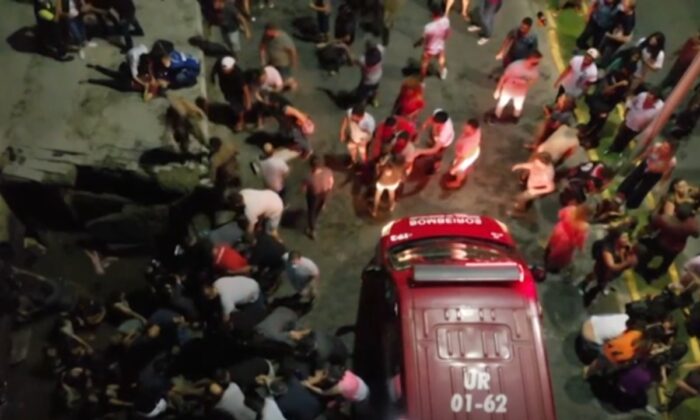 Firefighters rescue victims who fell into a river after a sidewalk collapsed in Joinville, Santa Catarina, Brazil, on Nov. 22, 2021, in a still from video. (Courtesy of Leoh Julio via AP/Screenshot via The Epoch Times)
Americas

30 Injured After Sidewalk Collapse in Brazil

More than 30 people were injured on Monday when a sidewalk collapsed into an adjacent river in Joinville, Santa Catarina, southern Brazil, sending 21 adults and 12 children to local hospitals.

The accident occurred during a Christmas celebration.

Town officials suspended the Christmas festivities for 40 minutes as rescue workers and municipal authorities worked to secure the area and evacuate the injured to hospitals.

Officials say they were no serious injuries among the affected people and are inspecting the collapsed structure to determine the cause of the collapse.