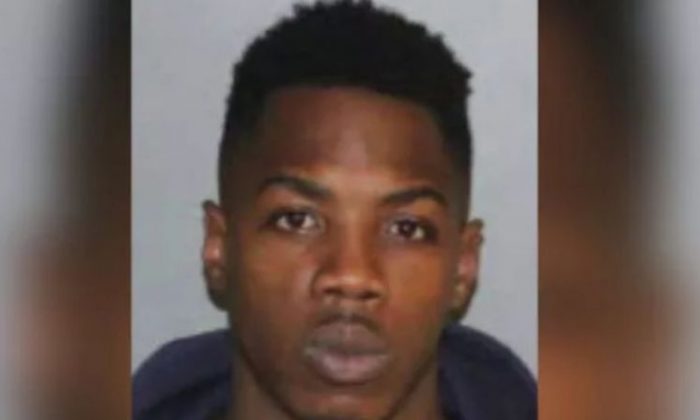 A Tennessee man was arrested and charged in the death of a 1-year-old who was shot with his gun by a 3-year-old on Friday, Fox reported.

Shawn Moore, 25, was arrested by Memphis Police and was charged with criminally negligent homicide, being a convicted felon in possession of a handgun, and tampering with evidence.

The 3-year-old accidentally shot 1-year-old Robin Keefer, police said. It came after Moore placed Robin in a bed that also contained his gun.

“It was determined that Robin Keefer was actually shot by her 3-year-old sibling with Moore’s firearm,” police said, the Commercial Appeal reported.

The gun was then heard going off in the apartment complex. The girl was rushed to a hospital but she was pronounced dead there, Fox reported.

The 3-year-old was not identified, and his relationship to Moore is unclear.

TONIGHT: A convicted felon is back in jail after a 1yo girl was shot and killed yesterday. Shawn Moore told investigators her 3yo brother pulled the trigger after he left his gun out. More on the suspect's long criminal past on @3onyourside. pic.twitter.com/r6WhulCY94

The girl was found lying in a rear bedroom at the home, and she appeared to have been shot in the head.

Police said that Moore took the gun and fled the scene. He later turned himself into police.

#UPDATE: A Memphis family is devastated after an infant girl who recently celebrated her first birthday died after being shot. Family identified that baby as Robin Keefer, described by loved ones as full of laughs. https://t.co/6na3SdfsOg pic.twitter.com/b345MqcpdC

According to the Appeal:

“Her mother said she saw Moore armed with a pistol and asked why he had it. Moore responded that he needed it for protection. The mother said that Moore was sitting on the side of her bed when she lay Robin down, and that she heard a gunshot but did not see who fired the gun.

Moore later turned himself in at the Mount Moriah precinct and told officers that the weapon that killed Robin was in his backpack. A S&W .40-caliber pistol with a magazine and a spent shell casing stuck in the chamber was recovered. Moore was charged with criminally negligent homicide, being a convicted felon in possession of a handgun, and tampering with evidence.”

No bond was set for Moore, who was booked in jail.