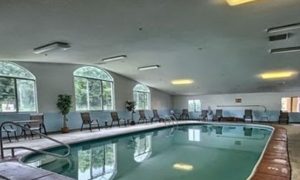 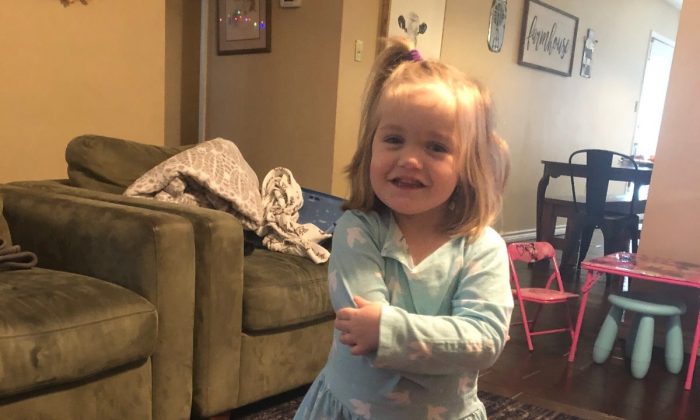 A 3-year-old girl from Texas died several days after she was found face-down in the bathtub when her mother left her unattended.

Eve Blankenfeld was rushed to the hospital on March 1 by medics who arrived at her home in Decatur, Texas to find her mother performing CPR after finding her child unresponsive in the bathtub.

The 3-year-old, who had been running a fever according to some reports, died four days later.

Decatur police officials are calling it a “tragic accident,” according to local reports, and have not filed any charges.

“The mother put her child in the bathtub and then walked into another room to tend to two other kids,” Decatur Police Rex Hoskins told the Fort Worth Star-Telegram. “She came back and found the child face-down in the bathtub.”

Police said she had left her unattended for “just a few minutes” while she went to fold laundry, reported KTVT.

The girl was running a high fever and had just thrown up, so she had put the child in the bathtub, her mother told police, according to Fox news.

First responders performed CPR on the girl, who was taken to a Decatur hospital, KTVT reported. She was later transferred to Cook Children’s Medical Center in Fort Worth, where she was pronounced dead just before 5:30 p.m. Tuesday.

The Tarrant County medical examiner’s office has not ruled on her cause of death, according to reports.

A crowdfunding campaign had been set up to help with Eve’s medical costs.

“Eve has 4 brothers and 1 big sister,” wrote Natalie Tobler, who set up the GoFundMe campaign. “Eve has such a big personality and heart, and in need of all your prayers.  Any donations will be much appreciated and will go to help her and her family overcome this tragedy. ”

A few days later the account was updated with news of her death. “Eve passed away and returned to her Heavenly Father,” said Tobler. “We are relieved her passing was peaceful and painless. ”

Tobler praised the “amazing team of doctors and nurses.”

Leading Cause of Child Deaths

“Please continue to pray for this family as they mourn the loss of their daughter,” said Tobler.

The CPSC states, “Of the 3,786 drownings in 2016, more than 12 percent were children age 4 and younger, according to Injury Facts. Bathtubs, toilets, and even buckets also can pose a danger for very young children.”

“Most parents think water safety is first and foremost on their minds whenever they are enjoying summer activities with their young kids. But when the unthinkable happens, caregivers often say, ‘I only looked away for a second.'”

Exactly what age is appropriate to leave a child alone in a bathtub is a matter for debate among experts, but many say they should be at least school age.

Dana Walraven, manager of Community Health Outreach at Cook Children’s Medical Center in Fort Worth, said parents should never leave a child unsupervised in the bathtub.

If a doorbell rings, parents should get the child out of the bathtub to answer it, he said.

“A child can drown in the time it takes to answer the phone,” Walraven said in a 2018 news release, reported the Star-Telegram. “We ask parents for constant supervision of their child while in the water.”