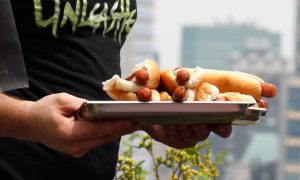 Do You Really Want to Eat Hot Dogs After Knowing This?
0
Share Now
FacebookTweetParlerEmail
Copy Link 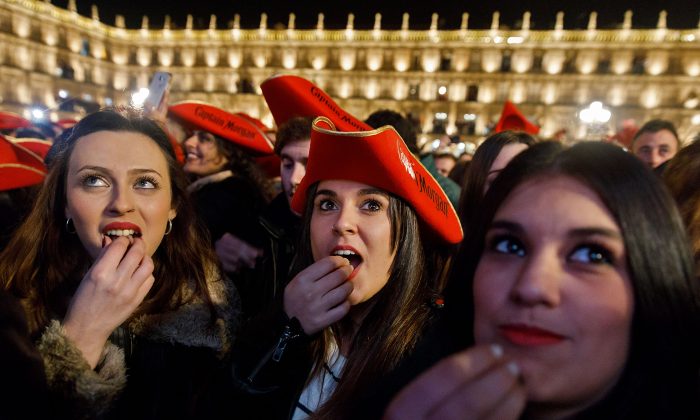 A 3-year-old boy has died during a Spanish traditional New Year celebration, after choking on a grape at the stroke of midnight.

Thiago Guamán’s family was seeing in the New Year according to a 100-year-old tradition—eating one grape per toll of the midnight bell.

But as the 12th bell rang, when his mother turned to the boy, who had been given only four seedless grapes, she saw him choking, unable to breathe.

Family and emergency services were unable to dislodge the grape in his throat in time, and he was declared dead an hour later at the hospital, according to local reports.

The child was celebrating with his mother, older brother, uncle, and grandmother, at their home in the city of Gijón on Spain’s north Atlantic coast.

He was declared dead at the local hospital, according to Europa Press.

“I do not understand how a grape has been able to end my son’s life,” his mother Viviana Bustos told La Nueva Espania. “This is a nightmare, I cannot assimilate it,” she said.

The Spanish tradition of eating 12 grapes—one every four seconds, starting 36 seconds before midnight—to see in the New Year goes back over a hundred years.

With grapes being the third-most-common cause of choking in children under 5, some experts recommend giving small children a head start on the grape-eating celebrations, to give them more time to chew the grapes fully, or reducing the number of grapes.

‘He Had Already Eaten Grapes on Other Occasions’

Knowing this, Thiago’s family had put aside just four seedless grapes for Thiago for the traditional celebration. But it wasn’t enough to avert the tragedy.

“At the last bell, we saw that he had choked and could not breathe,” Bustos said. “I do not know what could happen. I do not see an explanation because he had already eaten grapes on other occasions and nothing had ever happened.”

His family put their fingers down the child’s throat, and his uncle hit him in the chest trying to knock out the grape.

Despite their harmless appearance, grapes are a very similar size to a child’s glottis—the narrowing of the throat at the vocal cords—making them potentially lethal.

“They are oval fruits, relatively moldable and with a soft and slippery skin, so it can slip into the child’s mouth involuntarily, without being chewed, and act as a plug in the airways, preventing breathing,” ear, nose, and throat surgeon Raimundo Fonseca told El Espanol.

Choking occurs most often in children under the age of 2, according to Fonseca. “It is in this age range, when the teeth are not yet developed, the child’s swallowing system is immature, and the possibility that a part of a food or foreign body enters the respiratory tract is higher,” he said.

A study published in the BMJ highlighted three cases of children choking on grapes. Two died, and a third suffered two seizures and had to undergo emergency treatment for swelling of the brain.

The study authors advise that grapes and cherry tomatoes “should be chopped in half and ideally quartered before being given to young children (5 and under),” and emphasize “the importance of adult supervision of small children while they are eating.”