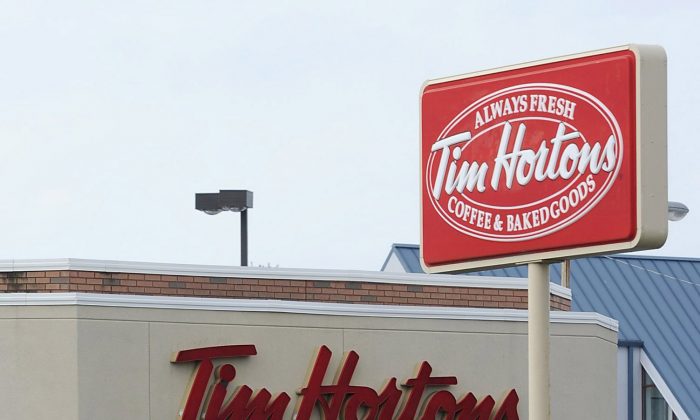 A 3-year-old child died after falling into a grease trap at a Tim Hortons in Rochester, New York, said the police department.

Rochester Police Department investigator Francis Camp told the Democrat & Chronicle on July 15 that the boy fell through a plastic lid in the ground before landing in the trap behind the store.

Police received a call about a missing child at the location. Minutes later, they got a call that the child was located.

BREAKING: A large police investigation is underway at Tim Hortons on University Avenue in Rochester. Follow @WendyWrightTV for updates from the scene. #ROC pic.twitter.com/OnfFAzF1yA

The child was removed from the grease trap, and they gave him CPR before first responders arrived on the scene.

“This is a horrible, unimaginable, unspeakable tragedy,” Camp said. Tim Hortons employees were seen crying on the scene as the child was taken via an ambulance. “This is the worst thing that you can encounter as a police officer,” he added.

Crews have now arrived and appear to be digging out part or all of the grease trap that the little boy fell through this morning. @news10nbc pic.twitter.com/mN9iHZJo5a

The child couldn’t be revived and was pronounced dead at a nearby hospital.

“He was not a missing person in the traditional sense but he was with his mother and gone from his mother’s care for a brief period of time— less than minutes—then the 911 call was immediately made,” Camp added, reported Spectrum News.

The grease trap is located some six feet from the back door of the Tim Hortons.

Camp said it was an accident.

“Rest assured, before anybody leaves here, the Rochester Fire Department will be securing this thing [the trap] so it doesn’t happen to anybody else,” Camp told Spectrum News.

Rochester Police sadly report a three year old city boy has died after he had gone missing near the Tim Hortons on University Avenue. He was found in grease trap and efforts to revive the boy were unsuccessful. @SPECNewsROC pic.twitter.com/vJ0DOGrchL

Tim Hortons released a statement after the incident.

“What occurred today was a tragedy and on behalf of the Tim Hortons family, we offer our deepest condolences to the family and friends of the young boy who passed away. Tim Hortons is fully cooperating with authorities,” the chain told Spectrum.

This is a very emotional scene. Many employees are sobbing. Investigation is centered around the back of the Tim Hortons. We are standing by for information. @news10nbc pic.twitter.com/4EpQlyeO4x

The boy was not identified.