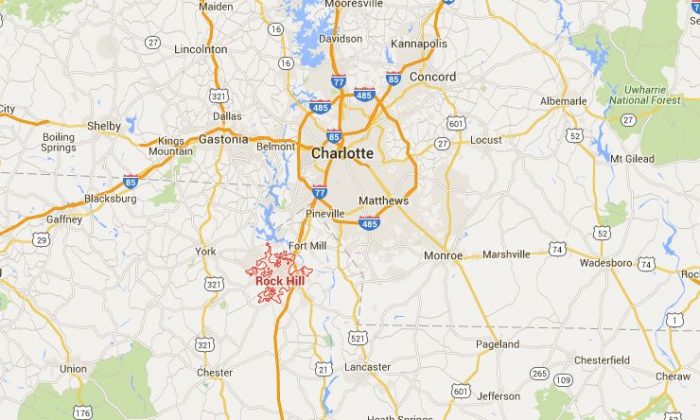 A toddler is dead after shooting himself inside of a home in South Carolina over the weekend, officials said.

Police officers found 3-year-old Savion Barrow with a gunshot wound when they responded to a home in Rock Hill. He was taken to a hospital and was pronounced dead by medical staff, reported WBTV.

An autopsy was scheduled for Monday. Police say that no charges were filed in connection with the child’s death, although an investigation is ongoing.

Police didn’t say what kind of gun was involved in the incident. They also didn’t say how the boy got ahold of it.

Capt. Mark Bollinger, who is a spokesman for the Rock Hill Police Department, said the boy somehow got his hands on the gun and shot himself, reported Herald Online.

A 10-year-old girl was at home at the time. Four women were also in the home when it happened.

Sunday’s fatal shooting was the second by a toddler in Rock Hill in just under a month. A 2-year-old boy was able to get a gun while in the woman’s car and accidentally shot his grandmother. She survived the shooting.

Pictures of Savion Barrow from his family. Police say he somehow got a gun and shot himself yesterday @WBTV_News pic.twitter.com/giYebQOohr

Jacquie McCann, a neighbor of Barrow, said she could only cry when she heard about what happened.

“We literally just moved to Rock Hill within weeks of when he was born,” she told Herald Online. “It’s an interesting perspective from a 3-year-old point of view. It was fun to watch him grow.”

“They’re good people; it’s just tragic,” she added. “We’re just gonna give them time to do what they’ve got to do, then we’ll go over and see if there’s anything else we can do to help them.”

Other neighbors were stunned upon hearing of the boy’s death.

Rock Hill is around 70 miles north of Columbia, the capital of South Carolina.