3 US Firefighters Killed as Aircraft Crashes in Australia 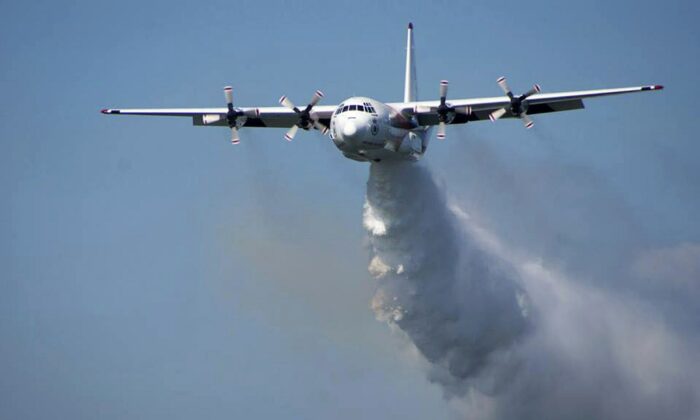 In this undated photo released from the Rural Fire Service, a C-130 Hercules plane called "Thor" drops water during a flight in Australia. Officials in Australia on Jan. 23, 2020, searched for a water tanker plane feared to have crashed while fighting wildfires. (RFS via AP)
By Sue Byamba

Scott Morrison, Prime Minister of Australia wrote on Twitter: “Deeply saddened to learn of the death of three people in the crash of a C130 fire fighting aircraft, northeast of Cooma in NSW earlier today. My deepest condolences to the loved ones, friends, and colleagues of those who have lost their lives. Such a terrible tragedy.”

Belinda Greene, a receptionist at the Bredbo Inn Hotel near the crash site, said she heard police cars early in the afternoon.

“We saw a lot of smoke all of a sudden a couple of hours ago,” she told Reuters.

The Rural Fire Service said the aircraft was in “routine” water-bombing activities at the time of the crash.

According to the flight data from flight-tracking website Flighttradar24, the aircraft departed the Richmond air force base in Sydney at 12:15 p.m. and dropped off the radar after 2 p.m. in Peak View, south of the capital Canberra.

Peak View is a region close to the burning blaze in the Wadbilliga National Park.

Such air tankers usually carry 15,000 liters of water or fire retardant to help put out fires, the National Post reported.

“Tragically, there appear to be no survivors as a result of the crash down in the Snowy Monaro area,” NSW Rural Fire Service Commissioner Shane Fitzsimmons told the ABC.

“[The aircraft] impacted heavily with the ground and initial reports are that there was a large fireball associated with the impact of the plane as it hit the ground,” Fitzsimmons said.

“Our thoughts and prayers and heartfelt condolences go to their families,” NSW Premier Gladys Berejiklian told reporters on Thursday.

“Today again demonstrates the fire season is far from over.”

According to the National Post, authorities have closed the airport in Canberra due to out-of-control fires nearby, and residents and business owners were told it was too late to leave.

The total death toll from the Australian wildfires is 32 since September, with around a billion animals killed.