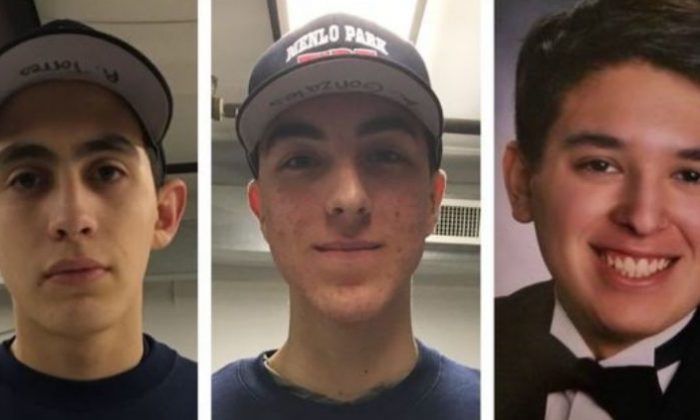 Ricky Torres, Andrew Gonzales, and Matthew Cruz were close friends and were driving at night to look at a car that Gonzales was interesting in purchasing.

The crash scene was found on State Route 35 south of Bear Gulch Road on 8 a.m. Wednesday, NBC Bay Area reported. Their car, a Hyundai, crashed into a tree.

The teenagers’ friend Gino Buranzon told CBS SF: “When I got the news, it was just devastating, you know.”

“I just can’t imagine what they went through in the last minutes of their lives. I worked with them for a year and a half at Target,” friend Steven Effisimo said. “They were just great guys.”

Fire Chief Schapelhouman told KTVU: “the entire department is grieving the Torres family loss of their son Ricky, they are an important part of our Fire Family. Rudy is much respected as one of our two master mechanics and we’ve watched his boys grow up. Ricky wasn’t just an Explorer, he was also working part time in Fleet Services for the Fire District for work experience.”

“I just signed off on his paperwork so he could attend the Fire Academy and we were able to spend a few minutes together talking about how excited and proud he was to take this next step towards his goal in becoming a firefighter…. Sadly, that was the last time I saw him” the Chief said.