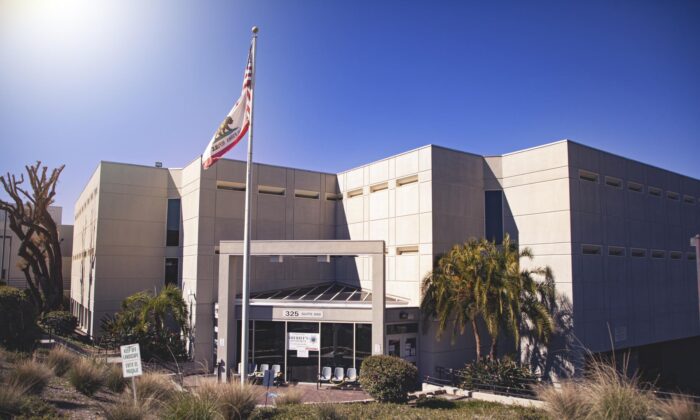 VISTA, Calif.—Three men were arrested on May 7 in connection with a string of explosions in Vista on May 4, authorities said.

Valentin Castaneda, 25, was taken into custody on suspicion of possessing a destructive device near a church and on public streets, possessing material with intent to make explosives, exploding a device with intent to terrify, felony evading, and child endangerment, said Lt. David Buether of the San Diego County Sheriff’s Department’s Bomb/Arson Unit.

Juan Jose Castaneda Santiago, 23, and Caleigh Tabler, 21, were arrested on suspicion of being an accessory after the fact and child endangerment.

Deputies responded to three locations in three hours on May 4 following reports of explosions at the following time and locations:

A citizen who shared surveillance video from a security camera with sheriff’s detectives helped identify a black car seen in one of the locations of the blast, Buether said.

Sheriff’s detectives spotted the car in the early hours on May 7 in the 1200 block of North Santa Fe Avenue. Deputies with the Vista Patrol Station tried to pull the car over, but the driver took off.

During the two-mile pursuit, passengers started throwing explosive devices out of the car’s window, Buether said. Detectives with the Sheriff’s Bomb/Arson Unit collected two explosive devices along the pursuit route and rendered them safe, he added.

The car stopped in the 1800 block of Queens Way in an unincorporated area of Vista. A search warrant was served for the car and at a house in the 1200 block of North Santa Fe Avenue.

Three children, a 14-year-old boy, a 7-year-old girl, and a baby were found unhurt in the house. San Diego County Child Protective Services was notified and relatives took custody of the children.

The investigation was continuing, but authorities said there appeared to be no specific target for the explosions

No one was hurt and no property was damaged in the incidents.

All three suspects will be booked at the Vista Detention Facility.