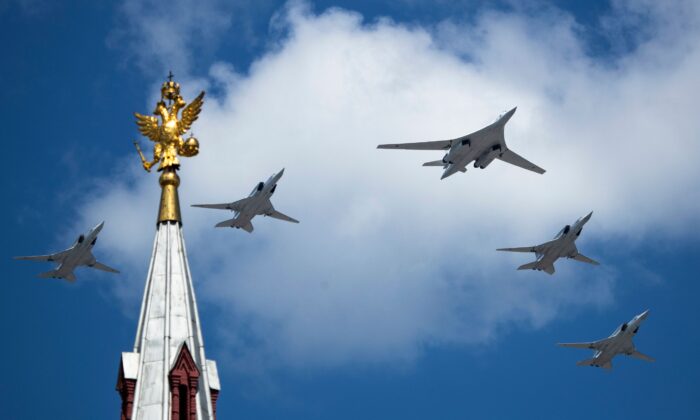 A Tupolev Tu-160 and Tu-22M3 military aircrafts fly over Red Square in Moscow, in a file photo. (Pavel Golovkin/AFP via Getty Images)
World

The Russian Defense Ministry said that the incident happened Tuesday at a military airbase in the Kaluga region, about 145 kilometers (90 miles) southwest of Moscow.

It said the crew of a Tu-22M3 long-range bomber was preparing for a training mission when its ejection system malfunctioned and accidentally bailed the crew out. The ministry said the altitude wasn’t enough for the parachutes to open and the three crew members died of injuries.

An official investigation into the incident has been launched.

The Tu-22M3 is a supersonic twin-engine long-range bomber, which is capable of carrying nuclear weapons.