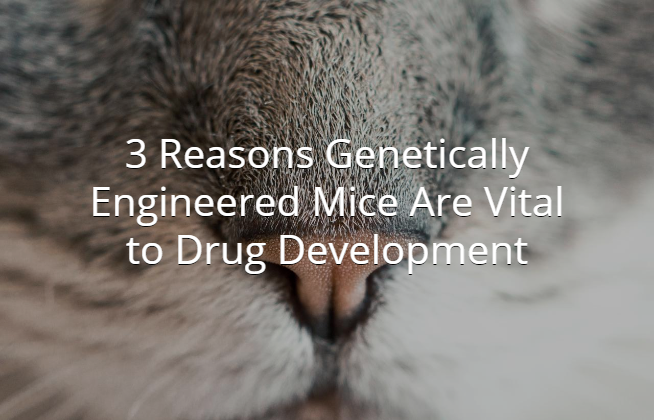 The mouse is one of the most commonly used animals for drug development research, partly because mice and humans share similarities in anatomy, physiology and disease. According to a recent article by the Stanford School of Medicine, mice and humans share amazing genetic similarity in the way their genes are expressed, validating the importance of lab mice in studying and treating human disease.

But the mice used in drug research are typically not the garden-variety type. These lab animal models are often genetically engineered to improve their effectiveness as research tools.

Gavin Cooper, Director of Global Marketing at Taconic Biosciences, a provider of genetically engineered models (GEMs) for research, explains, “Nearly nine out of ten new drugs that reach the clinical testing phase with humans never make it to market. That failure rate has spurred great demand for research animal models that better predict how drug therapies will work in humans. For researchers in commercial and academic organizations, the solution is often GEM mice.”

GEMs are vital to drug development for three key reasons.

As researchers continue to find ways to improve human health, GEM mice will increasingly serve as essential tools in helping them better understand diseases and the drug therapies that can treat them.