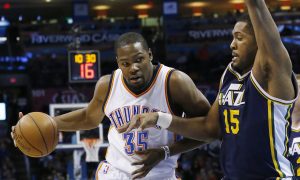 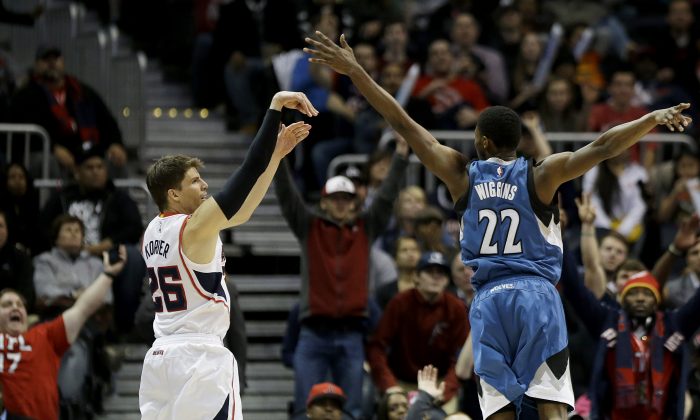 Sharpshooters Stephen Curry and Kyle Korver are the early favorites for the NBA’s 3-point contest over All-Star weekend in mid-February.

Bovada has Curry of the Golden State Warriors with 9-4 odds, while Sportsbook has him at 2-1.

Klay Thompson, also if the Warriors, is third in odds at 7-2 and 7-2. He’s shooting 45 percent this season from long range.

J.J. Redick of the Los Angeles Clippers is fourth in odds, at 5-1 from both sources. He’s shooting 44 percent from behind the arc.

Wesley Matthews of the Portland Trail Blazers is at 6-1 and 8-1 odds, and is shooting 39 percent from 3-point range this season.

Marco Belinelli of the San Antonio Spurs is unlisted among the odds, because although he said he’s participating the NBA hasn’t officially announced his inclusion. Belinelli won last year’s competition over Bradley Beal of the Washington Wizards, although he’s only shooting 36 percent this season.

An interesting statistic related to the contest comes via Vantage Sport, which looked at the participants’ percentage when shooting wide-open 3-pointers this season, after taking no dribbles.

Redick actually leads the group with 55 percent, followed by Korver, Thompson, and Matthews all 50 percent or higher. Curry and Belinelli are rather low.

Bovada and Sportsbook also published odds on the dunk contest.

Rookie Zach LaVine of the Minnesota Timberwolves is listed at 2-3 odds, followed by Giannis Antetokounmpo of the Milwaukee Bucks, Victor Olaldipo of the Orlando Magic, and Mason Plumlee of the Brooklyn Nets.