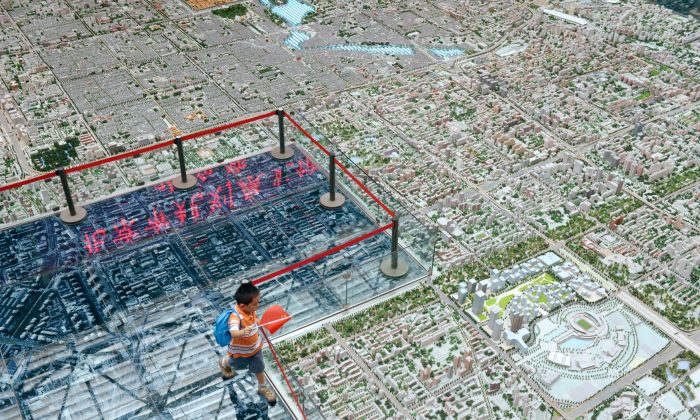 A boy looks at a scaled model of Beijing's urban development at an exhibition center in Beijing on July 16, 2014. (Wang Zhao/AFP/Getty Images)
China

Myth No. 2: China is engaged in pro-market economic reform and rebalancing from investment to consumption
By Derek Scissors

Reality: China has not engaged in pro-market reform since 2005 and has only talked about rebalancing.

Chinese GDP figures released on July 15 beat expectations, with growth reaching 7.5 percent year over year in the second quarter of 2014. Economists expected 7.4 percent. Most people believe China will overtake the United States as the world’s most powerful economy if this growth continues. Not so fast, say Dean Cheng and Derek Scissors of the Heritage Foundation.

For those not paying close attention, China seems to have stayed on the path of economic reform for the past two decades, with perhaps an understandable and wise (in many eyes) exception for government intervention during the financial crisis. More recently, the Chinese government has publicly committed to making consumption the core of the economy.

China’s imbalance problem did not always exist, it was created in 2003, when investment growth accelerated. Sustaining this acceleration required investment vehicles, which meant the state had to exert tight control over banks and major corporations. This control was highlighted in 2009, when China ordered state banks to greatly expand lending even while the business environment was deteriorating. Now this defiance of commercial logic is coming home to roost in the form of sharp concerns about debt.

The broader reform picture is no better. Beijing does not like competition in the home market (competition in other markets, of course, is a marvelous idea). For coal, gas, oil and petrochemicals, power, telecoms and tobacco, there are a total of 17 enterprises operating nationally, all extremely large and all state-owned. An anti-monopoly law is not applied to these firms but is brandished against foreign companies. The government wants other industries to also consolidate on a few large state firms.

China is a large and important economic partner for the United States, but it has stopped reforming and is not a very good partner.

This is Part 2 of an abridged three-part series originally published at heritage.org.