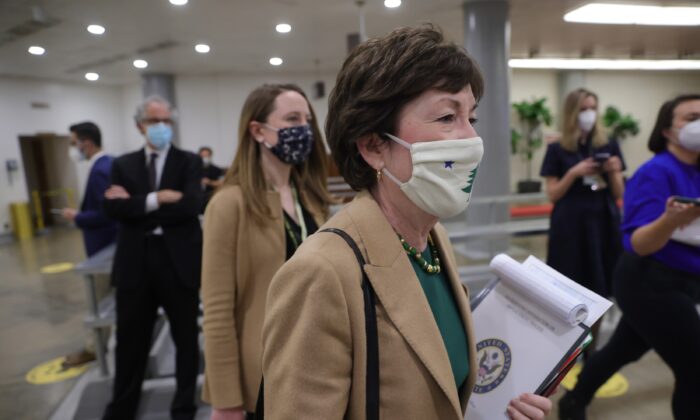 According to a statement by the Department of Justice (DOJ), the three executives under investigation are Martin Kao, former chief executive of the firm Martin Defense Group, Clifford Chen, its chief financial officer, and Lawrence “Kahele” Lum Kee, an accountant for the firm.

Under the Federal Election Campaign Act of 1971, restrictions are placed upon who can make donations to candidates and the maximum amount that they can donate to those campaigns. Military contractors are among those prohibited from making campaign contributions under the legislation, in part due to the conflicts of interest that such contributions entail.

In an effort to get around this restriction, the three indicted men allegedly formed a shell company in 2019 called the Society of Young Women Scientist and Engineers. From there, they funneled $150,000 to the Collin-supporting 1820 PAC.

According to the DOJ statement, the three men also “allegedly used family members as conduits to make illegal contributions to the campaign committee of the same candidate, and then reimbursed themselves for those donations using funds obtained from their employer.” Donations given this way exceeded $52,000.

The charge, if proven to be true, would put the three men in clear violation of the Federal Election Campaign Act, which prohibits the use of “conduits,” or go-betweens to give donations in a secretive or roundabout way.

Martin Kao has also faced investigation in the past for allegedly cheating the federal government out of millions in CCP (Chinese Communist Party) virus relief loan funds.

In September 2021, Martin Defense Group (formerly known as Navatek) received a $54.8 million contract from the Department of Defense to work on the Manta Ray phase 2 program, whose goal was the construction of autonomous, long-range underwater drones that can carry out certain missions with very little human involvement.

Martin Defense Group had earlier been awarded the contract for the first phase of the Manta Ray program, for which they received $5.5 million from the federal government.

Collins’ campaign emphasized that Collins herself is not mixed up in the criminal activity of the three men. Her campaign representatives said after the indictment, “there are no allegations of wrongdoing by the Collins for Senator Campaign.”

Collins has in the past helped Martin Defense Group receive an $8 million contract with the U.S. Navy, but this came well before the illicit donations were handed out.

Military industrial firms have long faced strict public scrutiny, particularly as the United States has ramped up its involvement in foreign conflicts at an ever-increasing pace in the wake of the 9/11 terrorist attacks.

Currently, the Pentagon receives a huge portion of all federal government expenditures. In fiscal year 2021, defense spending cost the United States $753.5 billion, and this budget item is only exceeded by the costs of medicare/medicaid and social security, which each surpass $1 trillion annually.

And according to the Department of Defense itself, a great deal of fraud happens every year with so much money on the line.

In one DOD report to Congress, it admitted that in the five-year period between 2013 and 2017, there had been over a thousand cases of defense contracting fraud resulting in 1,087 convictions of individuals and businesses (pdf).

In November 2018, a team assigned to audit the Pentagon announced that its bookkeeping was so poorly-handled that they could not complete the job. In fact, the auditors found that the books were so heavily cooked that trillions of taxpayer dollars that the DOD has spent over the past several decades is entirely untraceable.

Sen. Chuck Grassley (R-Iowa), a longtime critic of the DOD’s bookkeeping habits, accused it of “twenty-six years of hard-core foot-dragging” and “internal resistance to auditing the books,” prior to the 2018 audit.

With the DOJ’s decision to pursue criminal charges against Martin Defense Group’s executives, it is unclear what consequences if any the decision will have for the company at large.