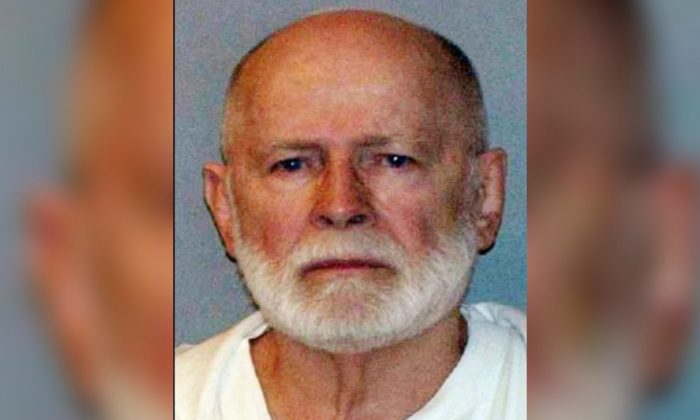 Three men have been indicted on multiple felony charges in connection with the 2018 murder of Boston crime boss James “Whitey” Bulger while he was an inmate in a federal prison.

Geas and DeCologero are accused of striking Bulger in the head multiple times, leading to his death, in October 2018 while imprisoned at U.S. Penitentiary Hazelton in Bruceton Mills, West Virginia.

Bulger, 89, had been transferred there a day earlier in a wheelchair.

In addition to the conspiracy charge, Geas and DeCologero have been charged with aiding and abetting first-degree murder, along with assault resulting in serious bodily injury.

Geas, who is still incarcerated at USP Hazelton, also faces a separate charge for murder by a federal inmate serving a life sentence.

At the time of Bulger’s death, Geas was serving a life sentence at the penitentiary for the 2003 murders of Genovese crime family boss Adolfo “Big Al” Bruno and associate Gary Westerman.

McKinnon, who was on federal supervised release at the time of the indictment, faces a separate charge of making false statements to a federal agent. He was arrested in Florida on Wednesday.

DeCologero is no longer at USP Hazelton but remains in federal prison, the DOJ said.

Life as an FBI Informant

When he died, Bulger was serving two life sentences for his role in 11 murders and a string of other offenses, including racketeering, extortion, money laundering, and drug dealing. He was convicted in 2013.

The Boston mobster had been on the run for 16 years prior to his arrest in 2011 for a string of murders between 1973 and 1985 and had been America’s most wanted fugitive.

He was eventually caught in Santa Monica, California, after the FBI received a tip from a former Icelandic beauty queen who recognized Bulger from news reports.

Early in his criminal career, Bulger served nine years in prison for bank robbery, which included a stint at the U.S. penitentiary on Alcatraz Island in the San Francisco Bay.

Bulger was raised in Boston’s Irish–Catholic South Boston neighborhood, and his mafia-like criminal organization, the Winter Hill Gang, operated for over two decades from the early 1970s until the mid-1980s, during which they engaged in loan sharking, gambling, extortion, drug dealing, and murder.

However, Bulger also lived a double life as a secret FBI informant, feeding the bureau information about rival criminals while government agents largely looked the other way when it came to Bulger’s crimes.

The Justice Department eventually paid more than $20 million in damages to the families of his victims on the grounds he had committed the crimes while under government supervision, the BBC reported.

When authorities discovered Bulger’s bloodied body wrapped in a sheet, they attempted to resuscitate him but ultimately failed.

Bulger’s family sued the Federal Bureau of Prisons and 30 unnamed employees of the prison system after his death, alleging that the gangster was “deliberately sent to his death” when he was transferred to USP Hazelton, according to The Associated Press.

A federal judge dismissed the family’s lawsuit in January.