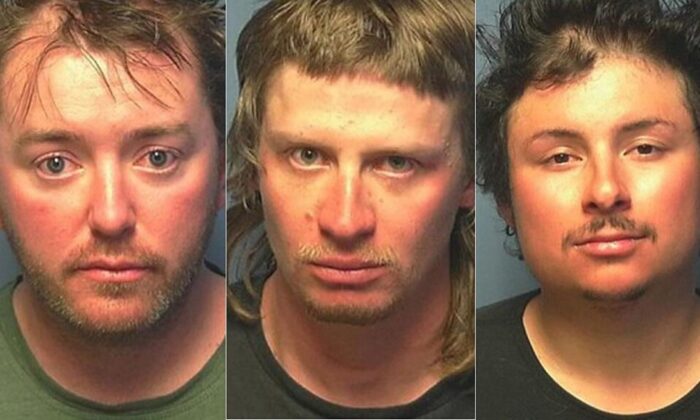 Three Colorado men were arrested for violating the state’s stay-at-home order that was implemented weeks ago to curb the spread of the CCP virus.

Police in Steamboat Springs responded to a call from someone who said his roommate invited friends over, which would violate the state’s order, according to The Denver Channel. A police report obtained by KUSA9 said the caller, a mother of three, was concerned that the roommate would put her children at risk of being infected with the virus.

The caller had informed the authorities that she tried to get the visitors to leave to no avail, the reports said.

Annette Dopplick, a spokesperson for the Steamboat Springs Police Department, said that when police arrived, the guests refused to leave or give their names.

Three men who were arrested were later identified as Ryan Albert, 25, Travis Pettit, 34, and Joseph Thompson, 28, according to the police report. They were arrested on bond after spending a night in jail.

Officers tried to explain the stay-at-home order but the friends would not leave.

They were taken into police custody for failing to comply with a public health order.

A fourth man, Robert Rees, 46, faces charges of third-degree assault and obstructing an officer. He was not arrested, officials said.

Colorado’s stay-at-home order went into effect in late March and is slated to expire on April 26, the governor had announced, according to CBS Denver.