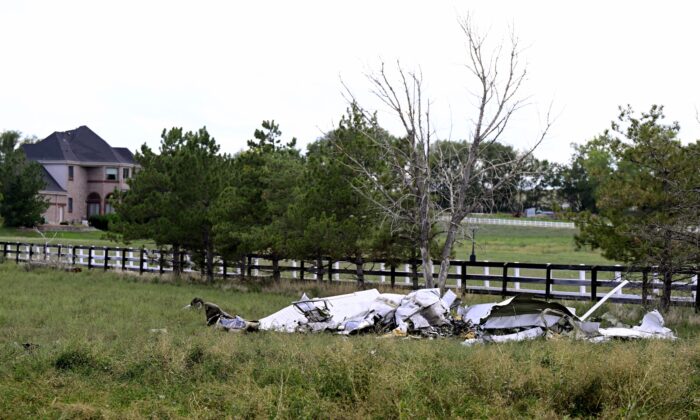 DENVER—Three people killed after two planes collided near Denver were identified Monday as the investigation into what went wrong continued.

The victims from Saturday’s crash of a Cessna 172 and a Sonex Xenos—a light, homebuilt aircraft—were Daniel Wilmoth, 22, Samuel Fisher, 23, and Henry Butler, 69, the Boulder County coroner’s office said. The coroner’s office did not say which men were on which plane, but the Xenos was registered to Butler according to Federal Aviation Administration records.

The Colorado Sun reported the Cessna was registered to the Spartan College of Aeronautics and Technology. The school has a campus at Rocky Mountain Metropolitan Airport in Broomfield, about 18 miles northwest of Denver, which is where the Cessna took off from Saturday, with a flight instructor and a student pilot on board, according to the National Transportation Safety Board. It is investigating the crash along with the FAA.

When reached by The Associated Press, Spartan College’s Nick Brown said the college was grieving and declined to comment until the investigation was completed.

NTSB investigator Mike Folkerts said Saturday that the Xenos took off from Platte Valley Airpark at 8:38 a.m., about ten minutes before the Cessna took off to the north from Rocky Mountain Metropolitan Airport, about 35 miles to the southwest of Platte Valley. The Xenos flew west and collided with the Cessna as it began turning east, Folkerts said.

One of the planes crashed in a field, the other in a stand of trees, near Vance Brand Airport in Longmont, Colorado, about 40 miles north of Denver.