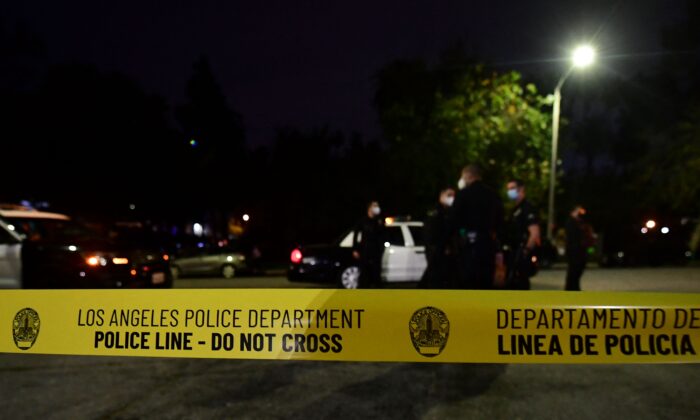 Police tape closes off a street in Los Angeles on March 24, 2021. (Frederic J. Brown/AFP via Getty Images)
Crime and Incidents

Three children were found dead at a Los Angeles home during the weekend and police say their mother has been arrested in the killings.

Paramedics were called and they pronounced the children dead. Police did not disclose information about how investigators believe the children were killed.

The children’s mother, Angela Flores, 38, was arrested in the killings, police said. Lomeli also said an unidentified juvenile was also arrested but she said she could not disclose any other information about that person.

It was not immediately known if Flores had a lawyer who could speak on her behalf. Online jail records showed she was detained on $6 million bail, with no court date set yet.