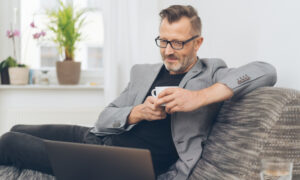 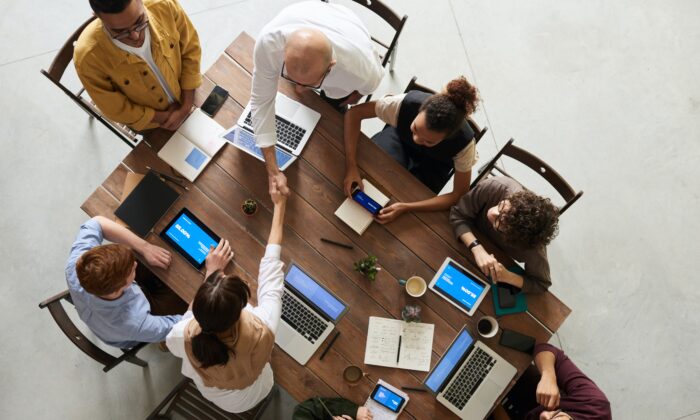 Why embracing the qualities of an explorer, dreamer and pioneer is essential to innovative entrepreneurship
By Entrepreneur

It seems nearly everyone wants to be an entrepreneur. According to Babson College’s 2018/2019 Global Entrepreneurship Monitor, United States Report, almost two-thirds of Americans believe that vocational choice to be a good one. What is surprising, however, is that 45.3 percent of the population think it’s easy to start a business. One wonders if any of these would-be entrepreneurs are familiar with the experiences of Richard Branson, founder of the Virgin Group (and recently shot into the upper atmosphere in Virgin Galactic’s SpaceShipTwo). In a 2012 interview with Rod Kurz for Entrepreneur magazine, he observed that, “Building a business from scratch is 24 hours, 7 days a week, divorces, it’s difficult to hold your family life together, it’s bloody hard work and only one word really matters—and that’s surviving.”

All too often, dreamers strive to create successful companies, but are met with failure. Research published in 2012 by Shikhar Ghosh—then a senior lecturer at Harvard Business School, now a Professor of Management Practice in that School’s Entrepreneurial Management Unit—indicated that three-quarters of venture capital-backed firms don’t recover their investment. At the end of 2020, the research and policy advisory organization Startup Genome reported that a quarter of VC-funded startups had revenue drops from 20 percent to 60 percent. An additional quarter had revenue declines of more than 60 percent. More alarming still was the reveal that 40 percent of those startups had less than three months of working capital, a harbinger of future failures.

The founders of “unicorns” (a VC term used for startups valued at $1 billion or more) are nearly always as unique as the companies they found, each able to integrate the imagination of a dreamer, the curiosity of an explorer, and the fortitude of a pioneer.

Some of these traits are innate, while others result from education and experience. Whatever their source, each is essential to overcoming obstacles facing a new business.

Exploration of the unknown captures the admiration of young and old alike. Explorers inspire people to think beyond what is possible, hopefully expanding ambitions in the process. Hardships, obstacles, or failures simply do not deter them. In fact, setbacks rekindle their determination to discover “why,” to learn from mistakes, and plow ahead. Thomas Edison, while working on developing the nickel-iron battery, responded to a friend’s consoling remark about his poor results with, “Results! Why, man, I have gotten a lot of results! I know several thousand things that won’t work.”

Curiosity requires ignoring the skeptics and challenging the status quo—forsaking conventional wisdom to venture into the unfamiliar. Entrepreneurs need an abundance of this trait to push through barriers. In a 2020 story in Entrepreneur magazine, author and podcaster Sarah Austin includes a quote from Ben Lamm, a serial entrepreneur then working on his fifth startup. The founder and CEO of Hypergiant offers that, “Every time I create my career anew, I’m doing it as someone who is peering out to the world as a beginner and again asking how I want to see the world. I am fine with saying I don’t know or don’t understand something, with the goal to be open and continue to learn.”

Related: 9 Lessons Explorers Can Teach You From Their Impossible Expeditions

Everybody dreams, according to psychologists, though approximately 95 percent of them are forgotten within minutes of waking. This kaleidoscope of events, images and thoughts—and occasionally smells or tastes—pass through the mind when sleeping, but there’s also a state of being otherwise mentally apart from the world—what we call “daydreaming” or “wool gathering.” In both states, dreams can be tinged with fantasy, creating scenarios that seem impossible or improbable when examined in reality. Nevertheless, these visions have for tens of thousands of years been powerful motivators for art, and action. The simple truth is that a single thought can change one’s future, and the world’s as well—the product of nothing more than a fleeting pattern of neural activity.

Numerous renowned scientists and thinkers credited dreams as the impetus for breakthroughs: Otto Loewi’s discovery of chemical transmission in the nervous system followed a dream, and led to a Nobel Prize in Medicine in 1936; Albert Einstein had a dream that helped lead him to the principle of relativity; and math genius Srinivasa Ramanujan developed complex mathematical formulas (including the calculation of Pi) after dreaming of a red screen of flowing blood covered with elliptic integrals.

Though the true electro-chemical genesis of dreaming remains a hotbed of research controversy, most who study the field recognize its link with imagination, i.e., the forming of mental images of something not physically present. Cecily Whiteley of the London School of Economics claims, for example, that dreams are the subconscious manifestation of non-voluntary forms of imagination.

One possible fruit of that imagination is the ability to identify what can be from what is. Jeff Bezos’s vision of generating an online bookstore in an environment dominated by Barnes & Noble and Crown and Borders brick-and-mortar retail stores birthed Amazon. Tina Seelig, executive director of the Stanford Technology Venture Program at Stanford University, claims imagination is the first phase of what she calls the “Invention Cycle,” followed by creativity, innovation and entrepreneurship. According to Seelig, one aspect of entrepreneurship is the ability to communicate and “sell the dream to others,” including funders, customers, employers and the public.

Entrepreneurship stretches a person’s resources and skills to their fullest, and beyond, filling nearly every one of them with anxiety and doubt at some point(s). The temptation to give up and admit defeat can be overwhelming. While business bootstrappers of today might not be required to struggle with the elements, nor forced to risk their lives to gain objectives, their task is very much like the journey of early pioneers who left the comforts of civilization and traveled through dangerous lands to make new lives in the American West. A pioneer’s dream was earned by fortitude, defined as, “the mental and emotional strength to face difficulty, adversity, danger and temptation courageously.” To fuel this state, pioneers and entrepreneurs alike necessarily practice positive thinking. Barbara Fredrickson, a Distinguished Professor in the Department of Psychology and Neuroscience at the University of North Carolina at Chapel Hill, and director of the Positive Emotions and Psychophysiology Laboratory, has observed that positivity is central to a person’s persistence, innovation and success. Fortitude, perhaps best distilled as the mental stamina to fall and get back up, is also marked by a willingness to set one’s own standards rather than follow the crowd, despite pressure to conform.

Related: How Positive Thinking Can Make You a Better Problem Solver

Birthing a new company often requires its founder(s) to be iconoclasts—outsiders who challenge popular beliefs and traditions. Theirs is the living legacy of explorers, dreamers and pioneers who changed the world, and hopefully made it a better place. The best entrepreneurs, whether their enterprises are large or small, are solving questions of climate change, hunger, and disease as well as providing new entertainment and innovation. Without their curiosity, imagination and fortitude, humankind is diminished in every respect.