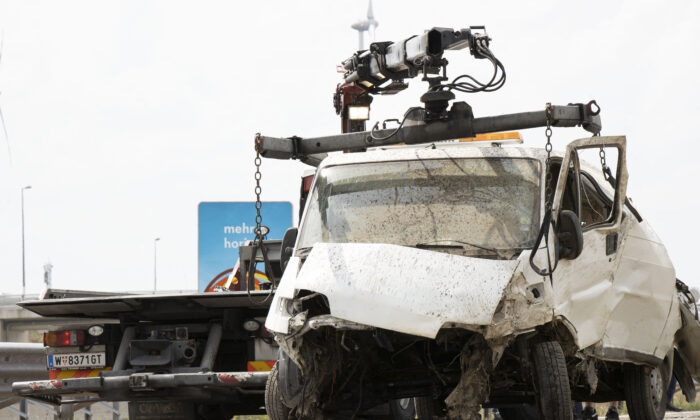 The crashed vehicle is seen at the scene of an accident on Aug. 13, 2022, on the A6 freeway at the Kittsee border crossing, northeastern Austria. (Tobias Steinmaurer/APA/AFP via Getty Images)
Europe

Police in the eastern district of Burgenland, near Vienna, said officers tried to stop the white van at the border with Slovakia early Saturday, but the driver drove off at high speed. Shortly afterward he lost control of the vehicle and it toppled into a ditch.

Two men and a woman were killed in the crash, and at least seven others were seriously injured. Police said four children were among the 20 people found inside the van’s cargo section.

The identities and countries of origin for the illegal immigrants were not yet known, police said. The driver, believed to be of Russian origin, was arrested, they said.