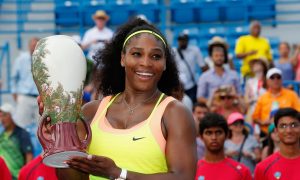 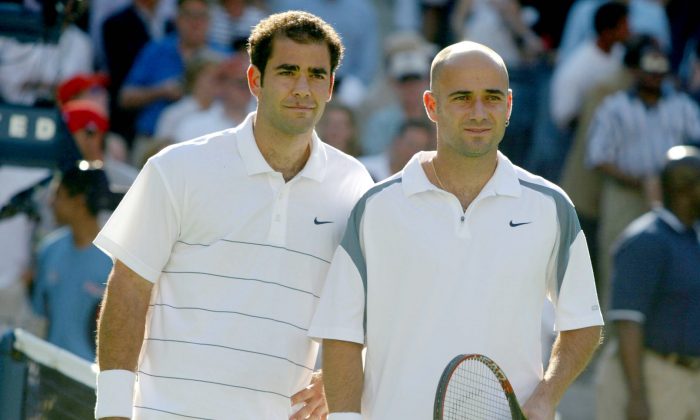 3 Greatest US Open Rivalries of All Time

The US Open has seen a number of great rivalries over the years, but here are the three greatest in the Open era.

Even though this rivalry was a bit one-sided—Sampras won all four matches—they were all big. Three times they met in the finals, in 1990, 1995, and 2002, but their quarterfinal match in 2001 might have been the best of them all.

Sampras was on the downside of his career—his ranking had fallen to 10th—while the second-ranked Agassi was still in top form. The amazing part of this match was that neither player ever converted a break point opportunity, so all four sets went to a tiebreaker. Agassi captured the first one, but the hard-serving Sampras won the final three to give him the win.

The very next year the two met in the finals with Sampras again prevailing in four sets to give him his record-extending 14th and final major in what would turn out to be the perfect ending to his remarkable career.

Djokovic and Federer first met in the US Open in 2007, where they matched up in the finals. Top-ranked Federer prevailed in straight sets. (FYI, the main rivalry in tennis back then was Federer/Nadal, but the two have never met on the courts in Flushing.)

It was actually their final meeting, four years ago, that was the most thrilling.

In 2011, Djokovic had finally burst past Federer and Nadal to establish himself as the best player in the game, posting an absurd 70–6 record on the season. By the time the US Open rolled around, Federer was the only one to beat him at a major—stopping him in the semifinals of the French Open. After winning the first two sets at the US Open, Federer was in prime position to knock him off again.

But then Djokovic came back to win the third and fourth sets to force a fifth and final set. Federer took early control of the final set and had a pair of match points at 40–15 on his serve—while leading the set 5–3. It was then that Djokovic went for broke and hit one of the all-time great returns—a crosscourt laser that Federer couldn’t get to and would never recover from. After fighting off another match point, Djokovic completed the break, and won the final four games over a stunned Federer. He would go on to win in the finals against Nadal for his first US Open championship.

These two have ruled tennis for a decade and a half winning 28 majors between them, including eight US Open titles since 1999—which is as many as the rest of the women’s field has combined during that time. Their recent quarterfinal meeting on Sept. 8 was their fifth at the US Open, with Serena holding a 3–2 overall advantage.

Their first US Open faceoff was in 2001, when the two made history as the first sisters to face off in a Grand Slam final in 117 years. A 21-year-old Venus won 6–2, 6–4 over her 19-year-old sister, but it wouldn’t be long before Serena would have the upper hand.

By the time the 2002 US Open rolled around, Serena had won two straight majors (the French Open and Wimbledon) and had victimized her sister in the finals of each one. Sure enough, the two met again in the finals at Flushing and Serena bested Venus again 6–4, 6–3. (They would make it four straight majors the following year when they met at the Australian Open finals, with Serena taking home the title again.)

The two didn’t meet in Flushing again until 2005 when Venus won in their fourth-round match, in what is their only US Open meeting in which the winner didn’t go on to win the championship.

Three years later, Serena beat Venus 7–6 (6), 7–6 (7) in the quarters on her way to winning her third US Open, in what may have been their closest battle ever. Not including the tiebreakers, Venus actually won more total points, but Serena won them when they mattered most, and prevailed.