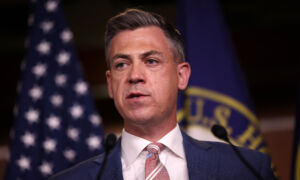 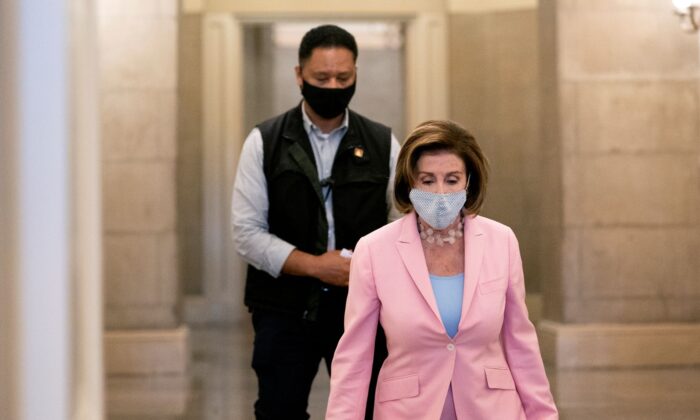 Rep. Marjorie Taylor Greene (R-Ga.) and two other Republican lawmakers are suing House Speaker Nancy Pelosi (D-Calif.) after they were fined $500 each for not wearing masks on the House floor.

Greene, joined by Thomas Massie (R-Ky.) and Ralph Norman (R-S.C.) on Tuesday, announced the federal lawsuit, saying that Pelosi violated their 27th Amendment rights by fining them over what they called an “unconstitutional mask rule.”

The three lawmakers were fined in May for defying the House floor mask mandate that was implemented by Pelosi in June last year.

The lawmakers said at the time that the face coverings are “oppressive” and “nothing but a political tool.” They refused to wear masks on the House floor after the Centers for Disease Control and Prevention (CDC) updated its guidance to state that people fully vaccinated against COVID-19, the disease caused by the CCP (Chinese Communist Party) virus, were generally no longer required to wear masks or social distance.

They filed appeals for the fines in mid-June, but lost last week after being rejected by the House Ethics Committee.

While the House’s mask mandate is no longer in effect, the lawmakers were fined before that rule was lifted.

The lawmakers’ refusal to wear their masks on the House floor was “an expression of symbolic speech that is constitutionally protected by the First Amendment,” they said in their lawsuit.

The reason they proceeded to the House floor without masks was to “engage in symbolic protest speech,” the lawsuit states.

Massie said in a statement on Twitter on Tuesday that Pelosi “violated the clear language of the 27th Amendment when she imposed the mask rules.”

Pelosi’s office didn’t immediately respond to a request for comment by The Epoch Times.