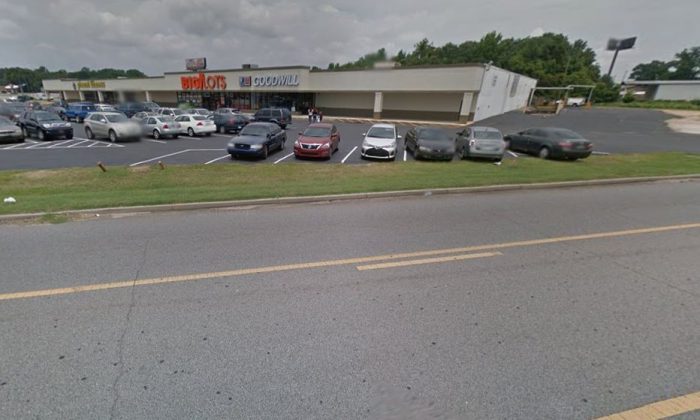 MOBILE, Ala.  — Three Goodwill employees have been stabbed in an attack inside a Mobile County thrift store.

Authorities say at least one of the three unidentified men who were stabbed Monday evening in Tillman’s Corner had life-threatening injuries.

Mobile police spokesman Terence Perkins tells local media that police have detained a person of interest in connection with the stabbings, but had not, as of Monday evening, made any arrests.

Witness James Reymundo tells WALA-TV (http://bit.ly/1mT5sVD ) that he was shopping for clothes with his family when a man with two knives who had already stabbed one man lunged at two employees. Reymundo says he and the employees, both of whom were stabbed, were able to tackle the man.