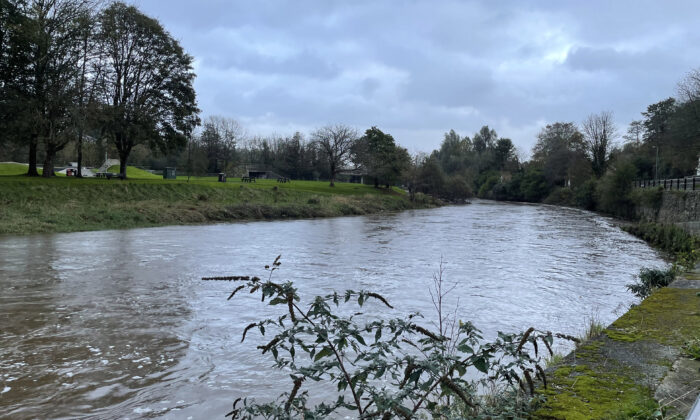 A man and two women died in a paddleboarding accident in Wales on Saturday, with one other woman in critical condition.

A friend in a paddleboarding group said Paul O’Dwyer—a former soldier and father of three—died trying to save the two girls from the flooded river.

Three boats, a helicopter, and dozens of first responders from a number of emergency services were deployed to the River Cleddau in Haverfordwest shortly after 9 a.m. after Dyfed-Powys Police received reports that there were people in distress in the river.

In a statement published on Sunday, the police said a man and two women had been pronounced dead at the scene, and another injured woman had been taken to Withybush Hospital. She remained in critical condition.

Five others were rescued unscathed. According to the police, a member of the public is believed to have attempted a rescue before getting out of the water unharmed.

The group of nine from the South Wales Paddle Boarders and Salty Dog Co., an organisation based in Port Talbot, were on a weekend away together exploring the river.

The police didn’t identify anyone in the group, but said family liaison officers were supporting the next of kin.

“Paul did lose his life attempting to save two of the girls also in distress due to an unexpected downpour,” she said. “Absolutely heartbreaking.”

Mckinven said they were “all good friends” who has done “so much to raise money for charities.”

Mckinven also said she had pulled out of the morning paddle because she was concerned about the weather conditions.

O’Dwyer is survived by his parents, sister, wife, and three children. He was an ex-soldier and had served with the Royal Monmouthshire Royal Engineers 108 Welsh Squadron militia.

After leaving the military, he became one of the founders of charity SA1UTE, which supports veterans in the South Wales area.

The organisation said it is raising money for O’Dwyer’s family, with over £300 ($410) already donated.

The Aberavon Green Stars Rugby Football Club, of which O’Dwyer was also a member, paid tribute to “his infectious smile” and “upmost and upbeat” character.

“[O’Dwyer was] a man that would do anything for anyone,” the club wrote in a social media post. “No doubt Paul put his own life on the line yesterday to make sure others were safe.”

It also described O’Dwyer as an “avid adventurer, whether he would be paddleboarding, surfing, skiing, walking, or climbing.”

“Nothing was too small for Paul to achieve,” the post reads.

A full investigation to determine the exact circumstances surrounding the incident is being carried out by a cross-agency team, including inspectors from the Marine Accident Investigation Branch, whose aim is to “help with determining the way forward.”