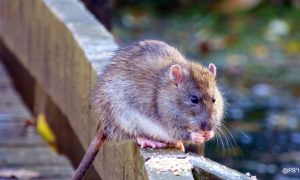 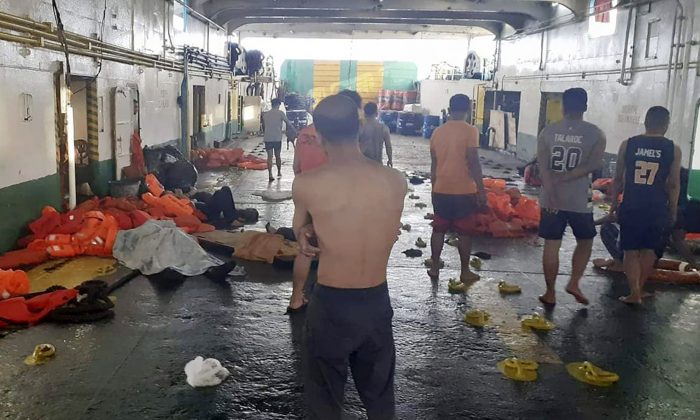 In this photo provided by Philippine Coast Guard in Manila, rescued passengers of the ill-fated M/V Lite Ferry 16, are attended to by the coast guard rescuers and crew of responding vessels, on a ferry which responded to the incident, following a ferry fire on Aug. 28, 2019, off Dapitan city in Zamboanga del Norte province in southern Philippines. (Philippine Coast Guard via AP)
Asia & Pacific

3 Dead, Over 200 Rescued From Burning Ferry in Philippine Waters

MANILA, Philippines—Fishing boats and passing ships rescued 245 people from a ferry that burned overnight in choppy waters in the southern Philippines but at least three people perished, including a child, coast guard officials said Wednesday, Aug. 28.

Survivors described how they feared being killed by either the fire or waves while waiting for hours to be rescued as bright-orange flames engulfed much of the vessel, the M/V Lite Ferry 16, off Dapitan city in Zamboanga del Norte province.

The fire apparently started in the engine room, coast guard spokesman Armand Balilo said. Despite the damage, the ferry stayed afloat about 3 kilometers (1.8 miles) off Dapitan city, where it was heading from Santander in central Cebu province.

3 killed in a ferry fire in Philippines – reports pic.twitter.com/CdSGaCCrx5

The victims were a 1-year-old girl and two male passengers in their 60s, Balilo said.

“I was thinking of the Lord because I thought there were only two ways that I could end: I could get burned alive or I may drown,” Wilfredo Castro, a businessman, told The Associated Press by telephone after being rescued.

Some passengers jumped off the ferry in panic when the fire broke out before midnight Tuesday and were rescued by passing vessels.

Castro said he and about 30 mostly male fellow passengers allowed a group of the elderly, women and children to be rescued first by a passenger speed boat but when their turn came, the waves grew more dangerous in the darkness.

“The waves were too strong and rescue boats may not be able to find us if we jumped into the sea,” Castro said. After about five hours of frantic waiting in the ferry’s cargo loading bay, one of the parts of the ferry untouched by the flames, he said he and the others decided to go for it and dove into the sea.

They struggled in the strong waves but reached a waiting rescue boat, he said.

“This is my second life,” the 30-year-old businessman said with relief, although he lost a laptop, a camera, a cellphone, clothes and other belongings.

Balilo said the coast guard did not have any patrol ship in the area, so it alerted nearby vessels to help in the rescue. “It’s good that a number of ships immediately responded,” he said.

It was unclear whether any people were missing, but none was reported by relatives. The search would nevertheless continue, Balilo said around noon Wednesday.

Meanwhile, in the northern Philippines, ferries were warned not to venture to sea after a fast-moving storm blew across the main island of Luzon overnight. Heavy rain fell in some northern provinces, but no casualties or major damage were reported, officials said.

Sea accidents are common in the Philippine archipelago because of frequent storms, badly maintained boats, overcrowding and weak enforcement of safety regulations. In December 1987, the ferry Dona Paz sank after colliding with a fuel tanker, killing more than 4,341 people in the world’s worst peacetime maritime disaster.