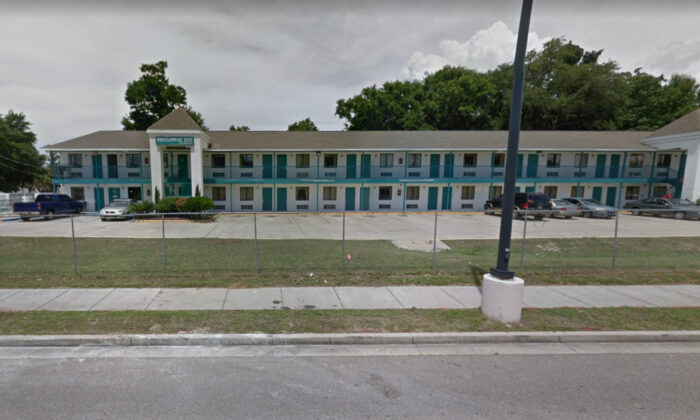 The Broadway Inn Express hotel in Biloxi, Miss., on June 2019. (Google Maps/Sreenshot via The Epoch Times)
US

BILOXI, Miss.—A shooting Wednesday at a hotel on Mississippi’s Gulf Coast left three people dead and police in a standoff with the suspect at a business a few miles away, authorities said.

Gulfport police said the suspect was barricaded inside a business and officers had shut down access to the area. Officers were negotiating to get the suspect to surrender and no shots had been fired in the standoff, Officer Hannah Hendry said.

Biloxi Police Department Capt. Milton Houseman confirmed that three people were killed but had no details on their identity.

Police said the shooting happened about 9 a.m. at the Biloxi Broadway Inn, news outlets reported. The gunman fled and then apparently assaulted another victim in Gulfport—about 13 miles west of Biloxi—before police caught up with him, police said.