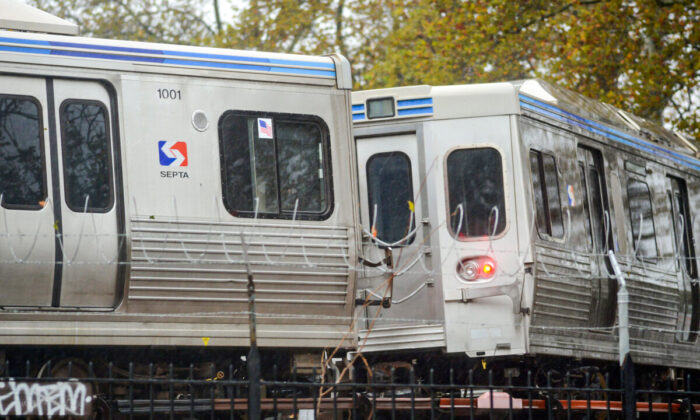 The SUV driver went out of control on a bend in the roadway and traveled diagonally across an intersection before jumping a curb and slammed into a turnstile and then the wall of the Southeastern Pennsylvania Transportation Authority’s Kensington and Allegheny station shortly after 2:30 a.m. Tuesday, police said.

“It sounded like a bomb went off and everyone started running away,” witness Ariana Kmecak told WPVI-TV.

The SUV driver, a female pedestrian and a male pedestrian were pronounced dead at the scene. Another pedestrian was taken to Temple University Hospital in serious but stable condition. The names of the victims weren’t immediately released.

Chief Inspector Scott Small told reporters that a police officer on patrol in the area saw and heard the vehicle and reported that it was “obviously travelling at a very, very high rate of speed.”

Hours later, just before noon Tuesday, four people were shot in broad daylight on the street one block away from the crash scene, police said.

Police said an 18-year-old woman and a 30-year-old man were taken to Temple University Hospital in critical condition and a 16-year-old girl and a 32-year-old man were listed as stable. No arrests were immediately reported. Four schools in the area were placed on lockdown, but that was lifted about an hour later.