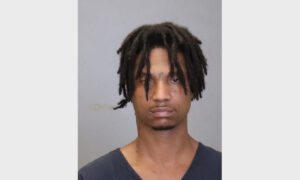 A shooting during a father’s day celebration in Richmond on Sunday left three people dead and five injured.

One of the five people who were wounded is in critical condition and the rest have had their wounds stabilized and are expected to recover.

Law enforcement authorities were notified through multiple calls about a shooting that happened before 11 p.m, Lt. Matt Stonebraker, a spokesperson for the Richmond police department, told The Epoch Times.

Upon the authorities’ arrival, they spotted various gunshot wound victims. Two of them died at the scene, multiple others were taken to local hospitals for treatment, and another succumbed to wounds while at the hospital.

Police believe that the shooting is an isolated incident and that it may have been a targeted crime.

The gathering was of approximately 80-100 people.

ABC7 reported that a family member explained that the event was a ‘”Marimba party,” a type of Guatemalan dance party.

He said that his uncle, who was a fruit seller in the Bay Area, is one of the three people who perished.

Police say that there were two shooters, they are investigating and talking to witnesses but haven’t arrested anyone yet.