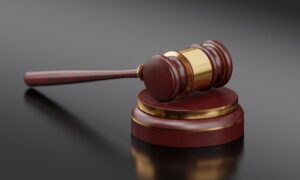 3 Dead, 2 Injured After Mother and Child Pursued in Interstate Murder-Suicide

A violent shooting that took place at a rural property in north Georgia on Thursday morning, April 5, has left three people dead and two injured, according to authorities.

Lumpkin County sheriff officers responded to a 911 call at around 8:30 a.m. about shots being fired at Bryn Drive in Dawsonville. When the deputies arrived, they heard shots being fired and soon found two women and one man dead from gunshot wounds inside the residence, reported Fox 5.

"It's an unfortunate incident."#Lumpkin Sheriff talking about a murder-suicide shooting that left 3 dead, 2 injured. pic.twitter.com/y9EO73eI1Y

Authorities also found two children — a 16-year-old and a 2-year-old — wounded on the property. They were first rushed to Northeast Georgia Medical Center and then transferred to Children’s Healthcare of Atlanta at Egleston, reported the news station.

Their conditions were not immediately known.

A 13-year-old girl, who managed to escape from the violent situation, was able to seek refuge in a neighboring home from where she called 911. She has since been placed in the custody of relatives.

BREAKING: #Lumpkin Sheriff confirms this is the man who shot two women to death, injured a teen and toddler, then killed himself. Kelley McDonald, Jr. was wanted out of Tampa, FL for domestic abuse. pic.twitter.com/rIyMaoc3bK

Police alleged that the couple had an ongoing dispute which started in Florida and the woman decided to seek refuge at her sister’s house. Authorities are suspecting that the man shot his estranged partner and her sister before turning the gun on himself.

“I don’t know how long the domestic situation had been going on between the man and woman, but it’s unfortunate that it went to this level in taking lives.”

According to Fox 5 news, the sheriff is currently searching for a woman who was driving an early to mid-2000s model gold or champagne-colored Ford Explorer who may have information essential to the investigation.

Authorities said the couple did have a child together — the 2-year-old who was wounded in the assault. Police have not released the names of the victims.