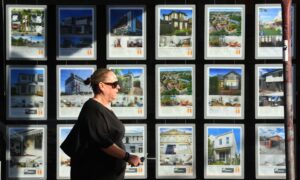 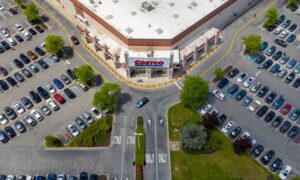 The advent of 3-D technology is expected to revolutionize the way viewers watch movies and TV, sources say.

With the number of moviegoers at nearly all time lows, the nearly unrestricted access to pirated movies and the bankruptcy of DVD rental franchises such as Blockbuster, the film industry is struggling to stay afloat. Experts, however, suggest that the growing popularity and availability of 3-D technology is exactly the cure the industry needs to boost itself back up.

"Avatar" director, James Cameron spoke in Seoul, South Korea, about the effects that 3-D will have on the film industry. Likening the emergence of 3-D technology to that of color and sound in films, Cameron predicted that in less than 25 years, 3-D would replace 2-D technology as the standard format with which television and online media would be viewed.

The appearance of 3-D technology as the mainstream format of media viewing is already underway. Theatergoers today are increasingly choosing 3-D movies. Films such as "Avatar," the highest grossing film in history with $2.7 billion in worldwide ticket sales, are breaking records and revolutionizing the cinema-viewing experience.

Cinematic experiences outside of the theater are also increasingly adapting to the growing demand for 3-D technologies. Companies such as Panasonic have not only begun to produce 3-D televisions but have also made deals with 20th Century Fox Home Entertainment and Universal Studios Home Entertainment to offer Blu-ray 3-D versions of some of their most popular 3-D films.

As part of a promotional deal, Panasonic is offering Fox’s Ice Age: Dawn of the Dinosaurs and Universal’s Coraline as a mail-in rebate with a purchase of a VIERA VT25 Full HD 3-D Plasma TV. More information on the deal can be found at: www.panasonic.com/promos/3d-blu-ray-movie-offer.asp.

In the months to come, analysts expect that the availability and use of 3-D technology will grow exponentially. “Blu-ray product manufacturers will be generating electronics to produce 3-D imagery from portable players to home theater 3-D projectors. "Avatar" 3D is expected to be released at the end of 2010 and in conjunction with that we can expect to see an explosion of 3-D home theater products. One thing is for sure, 3-D entertainment and TV will never be the same,” says the "Avatar" blog website.