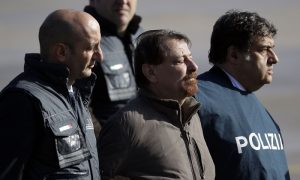 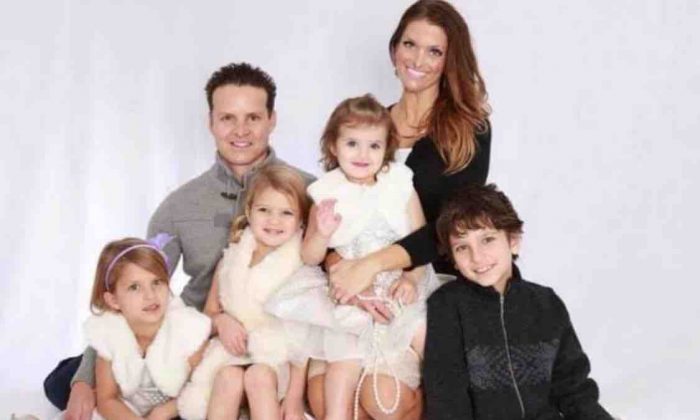 David Stokoe was murdered after he visited his tenant's home in Salt Lake City on Jan. 17, 2019. (In Memory of Dave Sokoe/GoFundMe)
Crime and Incidents

Police have arrested three people in connection with the death of Utah realtor David Stokoe, whose body was found in a secret room of a Salt Lake City house that he was renting to the suspects.

Stokoe, 40, a real estate agent in South Jordan, was reported missing when he did not return home after he headed to a rental property on Princeton Avenue, which he owns and rents out, on Thursday, Jan. 17, according to police. The next morning, authorities were sent to the property on a report of suspicious circumstances.

We are assisting South Jordan looking for a #MissingPerson David Stokoe. If you have any information where David is please call 801-799-3000 case number 19-10532. He was last seen driving a 2015 white Cadillac Escalade Ut plate F823HL similar to the one pictured. pic.twitter.com/8O026WPzwD

When police entered the rental property they discovered alarming details on the scene leading them to believe that there had been a “significant injury,” Salt Lake City Police Sgt. Greg Wilking said at a press conference on Jan. 19.

During the investigation later that evening, police found a secret door leading to a crawlspace where Stokoe’s body was found. Wilking said the father of four appeared to have died after being shot.

“[Stokoe] showed up there for rent or to have a conversation about their continuing to rent there and an altercation took place resulting in his death,” Wilking said.

Authorities arrested Manuel Velasquez, 31, on a murder charge, and Jessica Louise Reese (who also goes by the name Jessica Miller), 38, and Diana Hernandez, 30, for obstruction of justice on Jan. 19.

According to a probable-cause statement, Velasquez and Reese had recently moved into the apartment on Princeton Avenue. The pair had conflicts with their landlord Stokoe since moving there, reported KSLTV. Investigators said Stokoe had previously asked the pair to leave the property by January 17 at 6:00 p.m.

Velasquez told investigators that on the day of the incident, Stokoe showed up at the property and “kicked in” the door before getting into a verbal argument with Reese. The argument escalated into a physical fight with Velasquez, according to the statement.

During the altercation, Velasquez said he had the victim in a strong chokehold. He then took out a handgun from a fanny pack he was wearing and allegedly shot Stokoe multiple times, killing him.

The probable-cause statement also said Reese, Velasquez, and Hernandez then cleaned up the scene and hid Stokoe’s body. Hernandez is a friend of Reese and Velasquez, according to Gephard Daily.

Stokoe’s vehicle, a 2015 Cadillac Escalade, was missing from the scene before his body was discovered. The Escalade was found at around 4 a.m. on Jan. 19, in West Valley City. A man and a woman were taken into custody, but police believe they were not involved in Stokoe’s murder and had likely stolen or borrowed the car. The woman was released, while the man was sent back to prison on unrelated charged due to a probation violation.

Meanwhile, Stokoe’s family said in a statement that their hearts were broken over the death.

“This situation is tragic beyond words, but we are remembering Dave the way he deserves to be remembered, as a hero and champion,” the statement read, reported KSLTV.

“We are choosing to focus on the love we feel from everyone and the love we feel for Dave, rather than resentment surrounding the circumstances of his death. He’s cheering for us, watching over us, and wants us to love life and love each other.”

The family has also started an online fundraiser for expenses. As of Jan. 21, more than $70,000 had been raised.

“You will be remembered for the giant of a man you were. God be with you till we meet again,” the GoFundMe page reads.