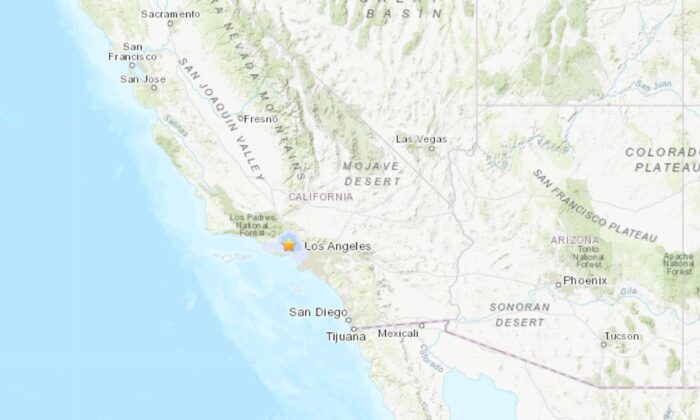 The tremor hit about a half-mile north of Chatsworth, according to the U.S. Geological Survey (USGS).

According to the USGS, it hit at around 3:19 a.m. local time and had a depth of around four miles.

There were no immediate reports of injuries or damage.

A number of people responded to the quake on social media.

“Woke me from a dead sleep. Lots of loud rattling,” one person who lives near Chatsworth wrote. “I felt it also in Studio City,” another person added. “It seemed like several earthquakes in quick succession.”

Another added: “3.3 earthquake hits LA and Newsom wants people to stay inside?”

One said, “Heard a loud noise then shaking was from top and side walls. Very different from previous.”

Border of Chatsworth and West Hills next to the Chatsworth “Reservoir”. Woke me from a dead sleep. Lots of loud rattling. I slept through the ‘71 Sylmar quake but I haven’t slept well since January.

The quake comes about two weeks after a 3.7 magnitude tremor hit Los Angeles on April 22.

Last summer, Southern California had its largest earthquake in decades on July 4 when a 6.4 magnitude quake hit the Mojave Desert before a 7.1 magnitude temblor hit the same area the next day.