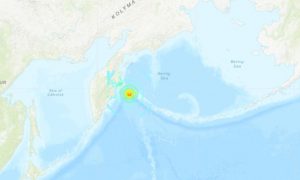 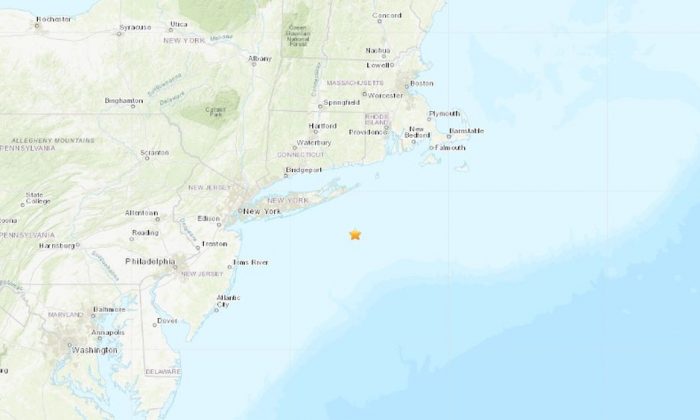 A 3.0-magnitude earthquake earthquake struck off the coast of Long Island, New York. (USGS)
US News

A 3.0-magnitude earthquake struck off the coast of Long Island, New York.

It’s unlikely the quake did any damage or injured anyone.

The quake occurred at around 7:22 a.m. local time.

A magnitude 3.0 quake is only “felt only by a few persons at rest, especially on upper floors of buildings” or possibly “felt except by a very few under especially favorable conditions,” according to the USGS website.

Newsday reported that Suffolk County police and Southampton Town police said they received no reports of the quake.

About two weeks ago, a 2.7 magnitude quake hit near the Florida-Alabama border, causing no damage.  That was the fifth earthquake to hit the area in March, and there have been no injuries or damage in the quake, according to WESH-TV.

Quakes East of Rockies Felt More Intensely Than the West

The USGS says an earthquake of a 6.0 on the Richter scale hit about 50 miles northeast of Boston in 1755, leaving the city “heavily damaged.”

“Other strong earthquakes recorded in the continental US were centered in southeastern Missouri near the border with Arkansas, Kentucky, and Tennessee. In the winter of 1811-1812, a series of three powerful earthquakes of magnitudes about 7.0 to 7.8 and hundreds of aftershocks occurred near New Madrid, Missouri,” according to the agency.

Some of these quakes, the USGS said, caused the land to turn into “rolling waves.”

What’s more, they changed the course of the Mississippi River and were felt 800 to 1,000 miles away.

“Eastern North America has older rocks, some of which formed hundreds of millions of years before those in the West,” the agency wrote. “These older formations have been exposed to extreme pressures and temperatures, making them harder and often denser.”

The Epoch Times writer Tom Ozimek contributed to this report.