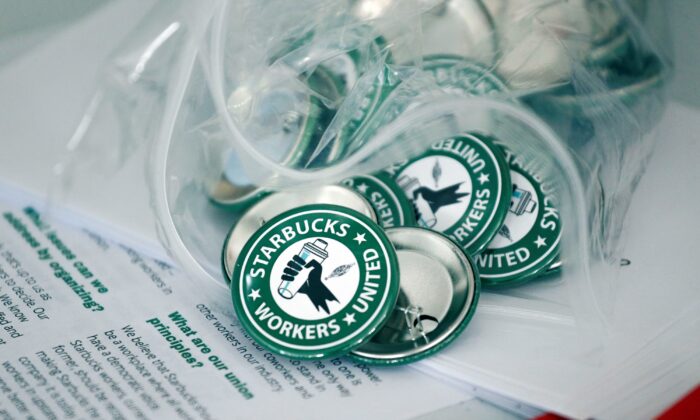 A second Starbucks store near Buffalo, New York, has voted to unionize, one of a growing number of the coffee chain’s stores seeking to organize workers.

Workers at the store, in the suburb of Cheektowaga, voted 15–9 in favor of representation by Workers United, an affiliate of the Service Employees International Union. The National Labor Relations Board confirmed the vote Monday.

Starbucks is evaluating its options and may appeal, a spokesperson for the company said. The company has 10 business days to file an appeal to the full labor board. If the appeal is denied, it must bargain with the union.

Last month, Starbucks workers voted to unionize workers at a store in downtown Buffalo, making that store one of the first to unionize in Starbucks’s 50-year history. But at the time, the outcome of union elections at two other area stores—in Cheektowaga and Hamburg—were unclear. The union and Starbucks both challenged the eligibility of some voters.

Union spokesman Richard Bensinger said Monday that the labor board had sided with the union and rejected the votes from six workers who had only briefly worked at the Cheektowaga location. Bensinger said the results from the Hamburg store remain undecided.

The union victory last month has set off a wave of interest in unionization at other Starbucks locations. Individual stores in Massachusetts, Arizona, Oregon, Illinois, Colorado, Tennessee, and Starbucks’s home city of Seattle have petitioned the labor board for union elections. Three additional stores in Buffalo are also seeking union votes.

Starbucks owns more than 8,000 stores in the United States.

Starbucks says its stores function better when it works directly with employees, not through a third party. But the company has said it will begin the bargaining process with the downtown Buffalo store.

“The vote outcomes will not change our shared purpose or how we will show up for each other,” Starbucks Executive Vice President Rossann Williams said in a recent letter to employees.

Lexi Rizzo, a shift supervisor at the Cheektowaga store, said it was an emotional day for workers who backed the union.

“Finally, the partners feel we have a voice at our workplace,” she said in a statement distributed by Workers United.