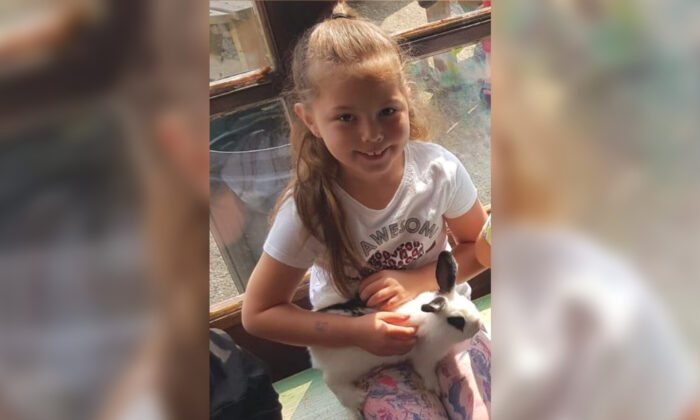 Merseyside Police on Friday arrested a second man on suspicion of the murder of Olivia Pratt-Korbel.

The 9-year-old girl was fatally shot on Monday after a shooter chased convicted drug dealer and burglar, 35-year-old Joseph Nee, into her home in Liverpool. The schoolgirl’s mother Cheryl Korbel was shot in the wrist, and Nee, the intended target, was shot in the upper body.

Armed police arrested a 33-year-old man from Dovecot on Friday afternoon on suspicion of Olivia’s murder as well as two counts of attempted murder. He was taken to a police station for questioning.

On Thursday night, a 36-year-old man from Huyton was arrested by armed officers on the same suspicions.

Both men were released on bail on Saturday and the 36-year-old was recalled to prison after breaching the terms of his licence.

In most cases, UK police don’t identify suspects until they are charged.

On Monday night, Nee and another man were reportedly walking near Olivia’s home in Knotty Ash, Liverpool, when a shooter wearing a black jacket, a black balaclava, and black gloves shot at them.

Nee, who was shot in the body, was taken to hospital in an Audi Q3, according to the police. Officers seized the car and appealed to the public for information.

Olivia and Cheryle were taken to hospital after the police attended the scene at around 10 p.m., but Olivia died in hospital shortly after.

Earlier this week, Nee, who was jailed for 45 months in 2018, was returned to prison after breaching the terms of his parole.

Olivia’s family on Thursday paid tribute to the girl in a statement and appealed to those who have information to come forward.

Describing Olivia as a “unique, chatty, nosey little girl” who was “adored by everyone who knew her and would instantly make friends with anyone and everyone,” the family said she had “loved life and all it had to offer.”

“If anyone knows anything, now is the time to speak up. It is not about being a ‘snitch, or a ‘grass’ it is about finding out who took our baby away from us,” the family said, imploring witnesses to “please do the right thing.”

Harry Doyle, assistant mayor of Liverpool, told BBC Breakfast on Saturday that people had come forward with information because they “want to see justice” for the little girl and her loved ones and there was “a sense of hope and relief” following the two arrests made so far.

Merseyside Police on Saturday appealed for information again on Twitter, asking people to share the appeal “far and wide.”

“We need names. Silence is not an option,” the police wrote.

Chris Summers contributed to this report.