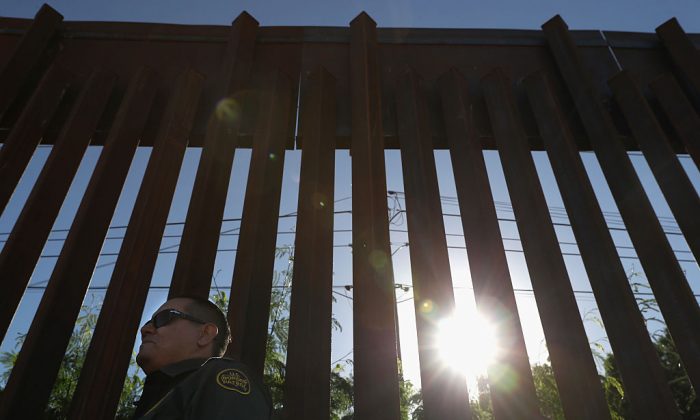 HOUSTON—Federal immigration officials will set up a second temporary holding facility on the Texas border to deal with a surge in arrivals of families and unaccompanied children fleeing violence and poverty in Central America.

The temporary shelters at the Donna-Rio Bravo International Bridge in the Rio Grande Valley city of Donna will hold up to 500 people, U.S. Customs and Border Protection said Wednesday.

Earlier this month, officials opened a similar tent facility in Tornillo, outside El Paso, another busy port of entry.

CBP spokesman Richard Pauza said he did not yet have a date on when the Donna facility would open.

Donna bridge director Josue Garcia said federal officials contacted his office Monday about the plan, asking that arrangements be made for electricity.

The federal government has struggled to manage a surge in immigrants from the troubled nations of El Salvador, Honduras and Guatemala that began in 2014. That summer, the Border Patrol opened a temporary facility at a warehouse in Nogales, Arizona, to process children who entered the U.S. through west Texas.

Jail space at Border Patrol facilities where migrants are initially processed is short. Also strained are detention centers and the courts where immigration cases are heard, and will be challenges if President-elect Donald Trump follows through on election pledges to step up deportations.

Volunteers who work with migrants along the border say the upsurge in Central American arrivals began long before Trump’s Nov. 8 victory. Many migrant families are released after initial processing and charities help them reach relatives living in the U.S.

“The numbers are larger in the Rio Grande Valley than anywhere else,” said Pauza.

Sixty-seven percent of the 77,674 members of family units apprehended along the border in the year ending in September taken in the valley. The total is up from 68,445 in the 2014 period, with a dip to 39,838 in the intervening year.

Many immigrants who enter the U.S. through Texas say Border Patrol holding facilities – known as “hieleras” – the Spanish word for “freezers,” are difficult to sleep in.

The CBP said in a statement emailed Wednesday that it “will ensure the basic needs of those in CBP custody are met” and “regularly assess whether to expand these facilities or keep this temporary facility operational.”