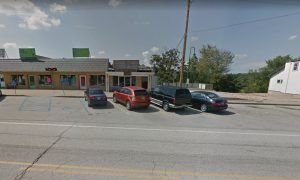 Former Officer Gets Over 5 Years in Prison for Assaulting Suicidal Patient in Hospital, Dealing Drugs: Reports

A former New Jersey police officer who admitted to dealing drugs was caught on camera assaulting a man twice.

According to NorthJersey.com, the former Paterson officer, Ruben McAusland, was sentenced to five and a half years in prison for both crimes.

The New York Post reported that the patient seen in a viral video was suicidal.

In the clip, McAusland is seen slapping the man twice as he tells the former officer, “Do it! Do it!” The other man was identified as Andrew Casciano, who had just attempted suicide in March 2018, before he was taken to St. Joseph’s Regional Medical Center.

U.S’ Attorney Craig Carpenito said McAusland first met the patient, who was in a wheelchair, in the waiting room of the hospital. He pushed him and punched him in the face, NJ.com reported.

McAusland then put on a pair of gloves and struck Casciano twice, according to the report.

This video, made public in federal court in Newark, shows a Paterson police officer brutally beating a patient at St….

Posted by NorthJersey.com on Wednesday, March 27, 2019

Another officer in the case is awaiting charges for filming the hospital room assault on his cellphone.

“Through prosecutions like this one, police officers like McAusland—who dealt drugs, stole from a crime scene, and viciously attacked a person who sought help from the Paterson Police Department—are removed from positions where they can violate the public trust and deprive others of their civil rights under color of law,” Carpenito said in the statement.

A New Jersey police officer was sentenced for drug dealing and a videotaped violent attack on a man who had just attempted suicide, authorities said.

On March 27, U.S. District Judge William H. Walls said McAusland will face three years of supervised release and has to pay $32,982 in restitution, according to NJ.com.

NorthJersey.com reported that Casciano has filed a $4 million lawsuit against the city in the hospital assault case.

The former officer issued a statement about his sentencing last week.

A judge asked him why he did it.

McAusland said the person he had sold drugs to was a friend from high school, and his attorney claimed that sometimes officers have a difficult time separating themselves from relationships formed while at school.

“I didn’t want to detach myself from my friends,” McAusland said, according to the Times.

A prosecutor also said he cooperated with an FBI investigation into his crimes, and “very quickly” admitted what he did when he was approached by agents.

“I have more sympathy with the common guy on the corner that we pick up than this police officer,” said Walls, adding that McAusland refused to testfiy and didn’t provide more information about allegedly corrupt officers in the Paterson Police Department.

“I think Ruben was encouraged to become a police officer when in fact that wasn’t his life’s aspiration,” explained Whipple, saying he chose the wrong profession. His brother is a longtime officer.

“He must be punished. The punishment must sting,” said Walls. “He has to pay the price that will deter others, hopefully.”