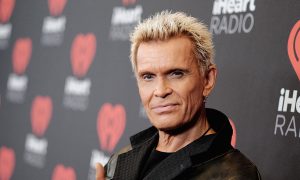 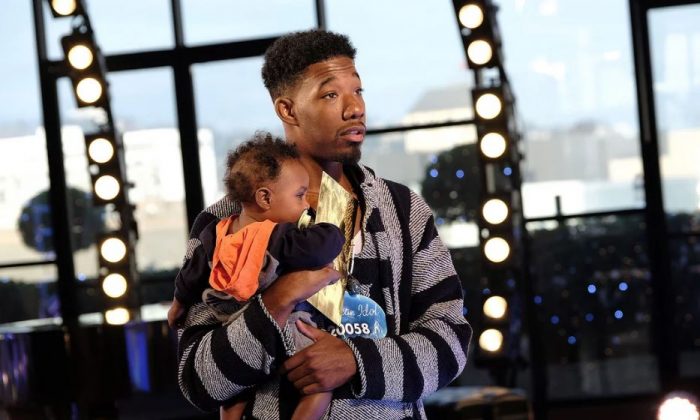 Donaldson was part of the 15th season of “Idol,” but failed to win the competition.

The first surprise was that the 28-year-old singer returned to the show to try once again to make it to the end.

However, the bigger surprise was who he brought with him.

Donaldson carried his 6-week-old son out onto the stage.

Donaldson is not the biological father but he said he felt he had to adopt the boy after his sister, the boy’s mother, was dealing with a substance abuse problem.

Authorities came to check on the boy after finding out about the problem and gave Donaldson an ultimatum.

“They came to me they told me I only had 10 minutes to decide or he goes into the system,” said Donaldson, reported KABC. “So I said, ‘No thank you, I’ll take him.’ I took that responsibility on because I didn’t want him growing up the same way I grew up. I want to do this for him.”

Donaldson said he grew up in a tough environment.

“Growing up in the inner city, it was hard. It was tough, and a lot of people succumb to the circumstances. So I wanted to be a light for those who don’t believe in dreams or don’t see them being possible or obtainable, you know what I’m saying?” he said.

At age 28, he effectively became a single father overnight.

“I had no idea what I was doing, but actually he’s a real gift. And it was the right decision, I know. He’s changed my life,” he said of the boy.

Eventually, he returned to the show and said he was singing for his 6-month nephew. “I want to give him a better life,” Marcio said.

By the end of the emotional song, Donaldson was crying.

All the judges gave Donaldson, who was still in tears, a nod, but he was ultimately cast off from the show.