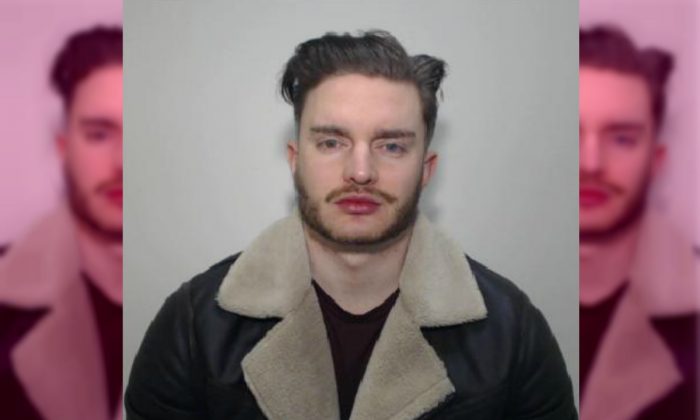 Carl Hodgson, who was sentenced at 2 years and 6 months in prison. (Greater Manchester Police)
UK

28-year-old Jailed After Spending Night with Girl, 12, Who Claimed to be 19 on Dating App

A 28-year old office worker has been sentenced to two years and six months in jail after spending the night with a 12-year-old girl who he met on a dating app, where she claimed on her profile to be 19.

Carl Hodgson, who was 27 at the time, invited the girl to his city centre apartment in Manchester, England, a few days after “meeting” on the adult dating app in February last year.

Hodgson had taken indecent images of the girl in his bedroom and sent them to another person on WhatsApp, bragging about being with her, calling her “filth” and implying they had had sexual intercourse.

He claimed that he had believed her to be over 16, the legal age of consent.

In sentencing, the judge said he believed Hodgson genuinely regretted his actions, according to the Manchester Evening News, telling him, “I take into account that while [the victim] was 12 years of age at the time of these offences, you did not believe that to be the case. You thought, and on reasonable grounds, that she was over 16.”

The police, however, disagreed.

Detective Constable Tina Jackson, of GMP’s Project Phoenix Bury team, said in a statement: “Carl Hodgson would have known the schoolgirl was under 16 and showed complete disregard for the law for his own sexual gratification.

“In reality he did not care and saw an opportunity to satisfy his own sexual urges which he then bragged about to his friends.”

“Thankfully the signs of what was happening were spotted by the victim’s family and the police were quickly alerted.”

“This quick thinking has ultimately led us to where we are today and I would like to thank them for helping take this predator off the streets.”

“She returned home later that day but her disappearance raised suspicion and concern with her family, so they checked the girl’s phone when she went to sleep the following night.”

They found she had been in contact with a ‘carlos1871’ on Instagram and that he had possibly been with her on the night she went missing.

The girl pretended to be 19.

His barrister, Alexander Leach, told the court that he did not have sex with the girl, according to MEN, and that his remarks on WhatsApp were just “male bravado and bragging”

The girl had been seen by a consultant psychologist and a social worker and was found to be in a “withdrawn state” and unable or unwilling to communicate, according to the Daily Mail.

The prosecutor said that her mother planned to sleep downstairs to stop the girl leaving home.

According to the Mail, Prosecutor Justin Hayhoe said, “He says he met the her through a dating application and her personal profile was over the age of consent. It stated she was experienced and he regarded their meeting as a date.”

“The girl declined to give details of what took place and hasn’t provided a victim impact statement. She remained in the property over night when she was vulnerable.”

Hodgson will have to sign the sex offenders register for life and be subject to a sexual harm prevention order for 7 years.