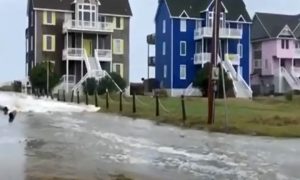 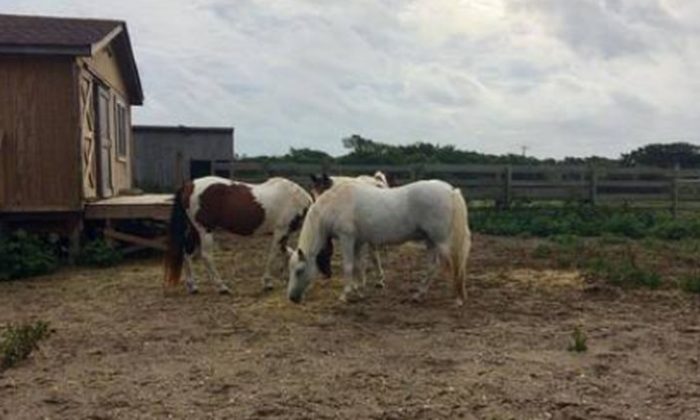 The Charlotte Observer reported that the wild horses of the Cedar Island herd, mostly younger horses, died in the incident.

The death toll was reported after the horses’ bodies washed onto the shore. Others remain missing and are presumed dead.

Herd manager Woody Hancock told the news outlet that some of the horses were able to swim from Pamlico Sound to other islands.

“It was a mini tsunami,” Hancock added. “The horses normally see the water start to rise in a storm and migrate to higher ground, but they just didn’t have time. The shift in the wind happened too fast and they were taken off guard and washed off the island. They didn’t have a chance.”

Other herds, such as the Corolla and Shackleford Banks herds, survived the storm.

“People who’ve lived on the island all their life, old timers, say they’ve never seen anything like what happened,” Hancock added. “It wasn’t like a normal hurricane. Areas that normally flood didn’t see flooding, and spots that never get it were devastated.”

He said the deaths of the horses “has really affected everybody on the island.”

“All the horses were named after local people on the island and so every family felt a connection to the herd,” he explained.

In a Facebook post, the Cape Lookout National Seashore said that a new foal was born around the time of Dorian.

“Surprise! We have a new foal on Shackleford Banks!” the post read. “She was born some time around the storm but we cannot say for sure if it was before, during or after. This close-up baby picture was taken with a telephoto lens—remember to stay at least 50 feet away from the horses, even more for a mare with a new foal. Let them have time and space to bond—only take photos using a telephoto lens.”

Cleanup crews in Bermuda were busy at work on Sept. 19 after Hurricane Humberto grazed the island, which escaped major harm despite winds that reached around 100 mph, snapping power poles and lifting off roofs.

Debris including power lines littered roads and dozens of homes lost parts of their roofs, a Reuters witness said.

“We have come through a really, really challenging night. Our country was resilient,” National Security Minister Wayne Caines said in a radio message.

The Bermuda Fire and Rescue Service said it attended to three structural fires and 17 hurricane-related fires, helped with 20 damaged roofs, and prevented a boat from sinking.

One fire service vehicle was rendered unusable after a tree fell on it.

As of noon local time, some 25,000 of the island’s 38,000 electricity customers remained without power, while 5,000 customers have already had their electricity restored, Caines said.

The airport was reopened and flights are resuming, and a bridge to the airport was also opened after an assessment showed there was no structural damage.