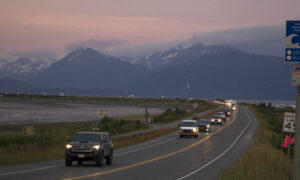 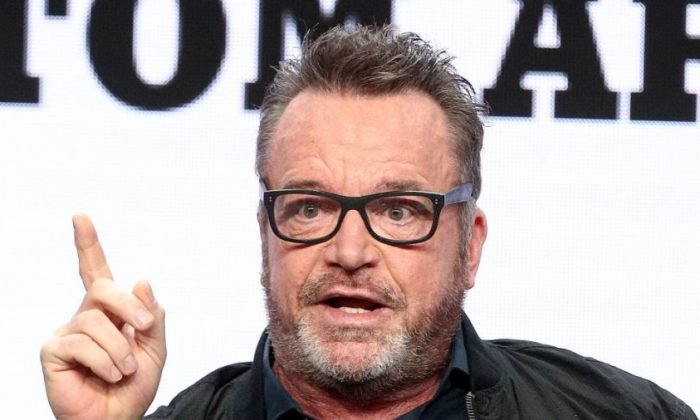 Secret Service Visits Tom Arnold After Threats Made Against Trump

Arnold, 59, sent a video to the openly left Mother Jones publication that showed him speaking with agents inside his Los Angeles home. He said the video was recorded on Oct. 25.

“We’re not the First Amendment police,” one agent says in the clip. “You’re free to say whatever you want … [but] once a certain line is crossed … what we’re concerned with a lot too is the type of audience it could reach, that it could incite somebody.”

Arnold said he did see a reaction to his threat from some people and he understood why the agents were visiting him.

“I did see a crazy reaction to it from people. I get a lot of death threats. There’s a certain element—I don’t know if they’re bots—I just ignore it … But I also see how they take something and they blow it up like, ‘He is literally threatening to,'” Arnold said.

“And I find that absurd, but I can see how obviously if people are tweeting … they can call you guys and have you come over. That’s ridiculous, but I understand why you’re here.”

One of the agents explained to Arnold that assassination attempts on presidents are often motivated by somebody else.

“What we have to worry about is your type of audience and you say something inciting those that follow you,” the second agent concurred. “You might be using it in a comedian-type sense or whatever, you know—being very comical about it—but there’s a lot of people out there who may really follow Tom Arnold: ‘He said this, and that’s the exact thing, I needed that. I need to go get this and go ahead to the next rally and carry this out.'”

Arnold said in a statement on Twitter on Nov. 26 that he appreciated how agents are helping the country.

“Thank you US Secret Service for risking your lives keeping democracy safe. I appreciate you coming to my home on what must’ve been a busy day. I heard your message loud & clear,” he said.

The visit was allegedly triggered by a missive Arnold posted on Twitter on Oct. 19, challenging the president to a fight.

“I say put up or shut up @realDonaldTrump Me vs You. For America,” Arnold said. “First body slam wins. Any Rally. Any Time. Between now & the midterms. #FridayFeeling.”

He then referenced photos that showed Kathy Griffin holding a severed head that appeared to be in Trump’s likeness. “Next time Kathy won’t be holding his fake head!” Arnold claimed.

Arnold promised the agents that he would avoid sending tweets and statements that could incite others to violence.