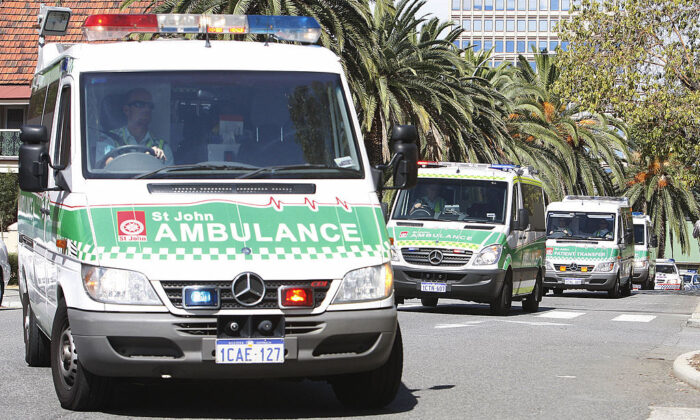 The Western Australian government has announced a $252 million (US$178.6 million) reform package to address the systemic causes of ambulance ramping and improve access to emergency care in the state.

This will come as part of the government’s 2022-23 Budget, due to be unveiled next week.

Ambulance “ramping” is the term used when a patient needs to wait over 30 minutes in an ambulance outside a hospital before the emergency department (ED) can receive them.

According to St John’s Ambulances WA, the total number of hours ambulances were ramped across Western Australia in 2021 was over 52,000, more than double the number of hours seen in 2020 (25,900).

Health Minister Amber-Jade Sanderson said in a release on Monday that the comprehensive reform package is consistent with the recommendations of the Sustainable Health Review.

“The McGowan Government is embarking on a major reform program to improve emergency care delivery and address the systemic causes of ambulance ramping across Western Australia,” she said.

The initiatives include $55.8 million to put registered nurses in place across 15 metropolitan and regional ED waiting rooms 24/7 and $74.1 million for new measures to free up EDs by establishing more appropriate forms of care for long-stay patients.

A further $55.2 million will be allocated for telehealth services that provide patient care for those who do not need ED support, hence reducing ED presentations, while the already established Virtual Emergency Medicine pilot, designed to better triage incoming patients in ambulances to appropriate services, will receive a $5.5 million boost to extend the program for two years and expand it across a broader metropolitan area.

In a first for the state, $3 million will also go towards preparing a business case for a State Operations Centre, intended to deliver better patient outcomes through better coordination of those in need of emergency care.

This would include expediting access to specialist services, diverting unnecessary admissions to EDs, and coordinating between regional and metropolitan services.

“Addressing the root cause of the challenges facing our emergency departments will take time, which is why our reform program includes immediate response measures and a dedicated Ministerial Taskforce to identify longer-term, lasting improvements for patient care,” Sanderson said.

“This is the opportunity to change the way emergency care is delivered in Western Australia and ensure our world-class health system can meet the needs of our community into the future.”

Meanwhile, in a release on Monday, the Australian Medical Association (AMA) (WA) applauded the government’s recognition that the “out-of-control and sustained ramping” was unacceptable and welcomed the spending.

However, the association noted that the suite of announcements in the reform package appear to be one-off or short-term solutions and would like to see a comprehensive plan to tackle ramping and the inadequate capacity in the system.

“The primary cause of ramping is lack of capacity in the system. Our hospitals are always full, and patients can’t get out of the ED,” the AMA (WA) said.

“The AMA (WA) would like to have access to a comprehensive audit of beds that are open in the public hospital system, with monthly or quarterly updates provided. Such transparency would alleviate endless speculation about the real state of bed numbers at any one time.”