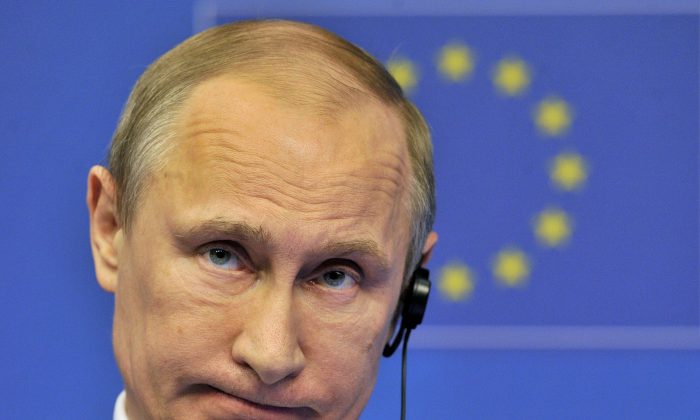 ROME—Brussels takes action to help European countries affected by the Russian embargo against the agri-food sector. Big money especially supports agricultural and cheese producers, who were badly hit by the closure of the Russian borders.  Trade frictions with Moscow do not seem on the verge of being resolved.  However, farmers can sigh with relief.

Even though Italy is not so dependent on Russian export like countries such as Norway (salmon), and Poland (apples), the numbers involved are still potentially dangerous to the Italian economy. There are mainly small companies who trade with Russia, sending the excellence of  ‘Made in Italy’ products.  The food and beverage section involves a potential loss of 200 million euro, according to Coldiretti, the main Agricultural Trade Federation in Italy.

The Italian Ministry of Agriculture published information that was needed to apply for financial support.  Minister of Agriculture, Mr. Maurizio Martina, underlined that already 250 million euro had been allocated by the European Union, and that his colleagues and himself have asked a “further widening of the budget.”

“Measures taken by Brussels are mainly helping to withdraw products from the market, and are compensating those products harvested before ripening, and those left on the field, in the period from August 18 till November 30 2014,”said Mr. Martina.

According to the Italian Ministry of Economic Development, the Russian Federation is “an important trading partner for Italy, and therefore a market with great potential for our companies, especially the smaller ones.  This is demonstrated by the bilateral trade over the last decade, rising from nearly 12 billion euro in 2002, to 27 billion euro in 2013.”

One of the most renowned Italian companies is the cheese brand Grana Padano.  Over the past decade, Grana Padano has invested more than two million euro in Russia to make inroads into the high-quality market. In 2013, they sold about 34,000 cheese ‘wheels’, which is 14 % more than in 2012.  Finding the borders closed, would be a “very serious loss”, General Manager Stefano Berni said. “[…] In Russia, there is not a rooted culture in the consumption of our cheese, so there is a risk, that all the efforts and investments we made during the last years would vanish.”

The main fear of Coldiretti, however, is the indirect impact the embargo from Moscow could bring.  “Italy could become a target market of those rejected products by Russia.”  For example, meat and milk from Germany could cross the Alps “with damage for farmers, but also for consumers, because those products are often sold as “Made in Italy”, since it is not compulsory to indicate the country of origin on the label.”

The repartee of sanctions and counter-sanctions between Moscow on the one hand, and Europe and its allies such as the USA, Canada, and Japan on the other hand, does not seem to calm down.  Some European analysts expect an increase in tensions between the two sides. Russia already announced a ban on manufacturing products, which could smash another important sector of the Italian economy, fashion and luxury handicraft.