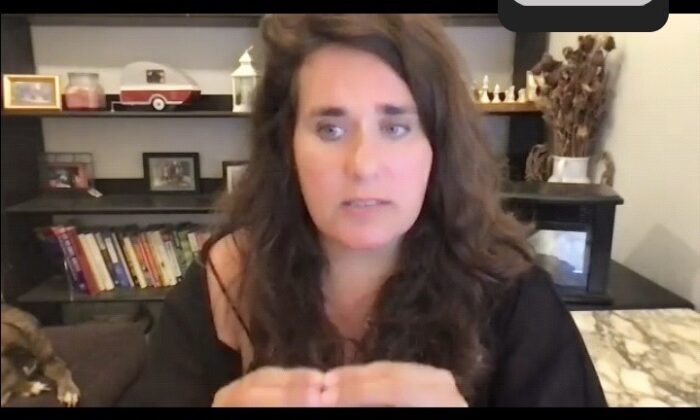 Activists organized by Shut Down DC are making plans to disrupt the Congressional Baseball Game for Charity on July 28, to protest pollution and climate change.

About 110 activists met on Zoom on July 25 to discuss how to create a disruption at the annual bipartisan game. Activists said the protest would be nonviolent but kept their plans secret. A meeting attendee provided a transcript to The Epoch Times.

According to activist group Now or Never, over 250 people have signed up to shut down the baseball game, set to be played at 7:05 p.m. at Nationals Park in Washington.

“If we double in size, we could shake this city to its core,” the group said on Twitter.

At least some of the activists said they planned to take actions disruptive enough to get them arrested.

“This could be our last chance for meaningful #ClimateAction,” Shut Down DC’s Twitter page reads.

In the Congressional Baseball Game for Charity, Republican and Democratic teams play each other to raise money for children’s clubs, philanthropy, and literacy programs.

Oil companies Chevron and BP sponsor the game, along with many other corporations.

According to Shut Down DC, it is deeply wrong for Congressmen to take time to play baseball while there are worldwide problems.

“If the oligarchs think we’ll stand by, watching them play games while the world burns, then they are sorely mistaken,” Shut Down DC wrote in an email to potential protest participants.

Protesters will divide into “green,” “yellow,” and “red” groups, based on their willingness to risk arrest, said activist Vincent Vertuccio.

“We definitely need folks for those ‘red’ and ‘yellow’ roles, and I see a lot of you are eager, which is awesome,” one activist said. “But definitely keep in mind the risks that you have. And if you have active warrants, if you’re undocumented, and if you’re a community that is often targeted by the police, give it some thought.”

According to Vertuccio, the “red” protesters will perform two types of actions, with one action having a higher arrest risk. However, he didn’t specify what those actions would be.

“There are two pieces of it,” he said. “One piece is like a guaranteed arrest, almost.”

The meeting announced that the activists would meet at the Eaton Hotel in Washington at 6 p.m. to further plan their protest.

Compared with previous meetings led by Shut Down DC, this one moved smoothly and effectively. It lasted only 30 minutes and kept operational details secret.

It was a marked contrast to the group’s attempts to plan abortion protests, which often lasted for hours while failing to make important points clear.

Shut Down DC has played a linchpin role in Washington activism since 2019. The group links and connects activist organizations so protesters can boost their numbers.

In the past, it has protested climate change, rallied in the streets after the 2020 election, protested outside the homes of Supreme Court justices, and conducted other “direct actions.”

“If we don’t get it, shut it down” is one of the group’s favored protest chants.

According to Influence Watch, the group is sponsored by All Out DC, Rising Tide North America, Extinction Rebellion Washington DC, and CCAN Action Fund.

All Out DC has hosted rallies involving Antifa members in the past.

Although Shut Down DC’s website says it uses peaceful protest strategies, it also announces that it doesn’t condemn violence.